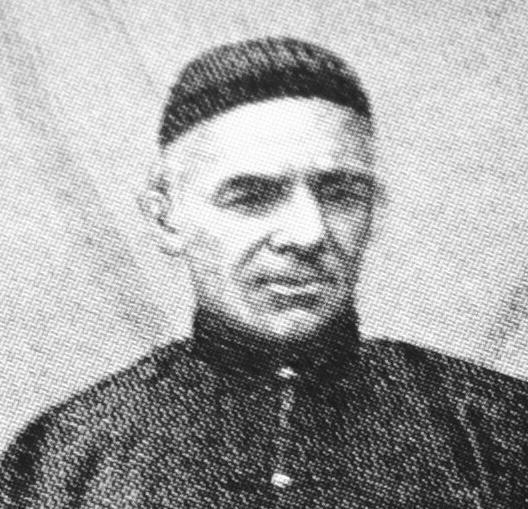 This Radius Report doesn’t come from my normal desk in San Diego but from Lusaka Zambia. A group of us from Radius are visiting 5 seminaries/Bible schools across Africa in an effort to better understand the dynamics at work in churches and Christian institutions on this continent. To say we have been encouraged would be an understatement.

One dynamic thought that keeps rising to the top thus far is this; well-trained students think, process, and understand the realities of the Great Commission better than those who are less trained. I realize this pushes close to the ridiculously obvious for many, but in our day and age, it bears repeating. It comes back to a common principle that is oft-repeated but sparingly applied in missions. It doesn’t matter the continent, the socioeconomic background, the nationality, or even the time period; well-trained people do better in the long run than those with less training.

Some of you, like me three months ago, will have no idea who William Chalmers Burns is. I hope to make converts out of you in this short article. It is to my shame that a dear brother told me about Chalmers Burns two years ago and it took me this long to find out that he rightfully stands in the Pantheon alongside Judson, Paton, Carmichael, and Taylor. Time and space prohibit me from going too far into his life but some highlights would be: raised and educated in Scotland, developed a “missionary call” from scripture, worked in China and was influenced by and influenced Hudson Taylor, took language learning seriously as if his message depended on it, courageously went to the dangerous areas of China, and although he knew he was dying pressed on in his labors till the end of his earthly days.[1]

One part in the brief biography that shocked me was his filling of the pulpit for Robert Murry M’Cheyne[2] for over a year before he left for China…and “crowds flocked to the church” and the ministry there didn’t falter. M’Cheyne was no slouch, and yet Chalmers Burns more than filled in for him.[3] Oh to have that said of our missionaries today! They are good in the pulpit, sound in their theology, and STILL committed to go even when such great opportunity exists for them in their home country.

But I digress. Right after we hear of Chalmers Burns filling in for M’Cheyne the biography states this, “He was diligent in study… .”[4] Chalmers Burns had some natural ability, but he multiplied that by pressing further ahead in his preparation for the field. He studied well, read well, put himself under church leadership well, and the fruit of it was glory to the triune God and the saving gospel to the Chinese people.

Four nights ago I sat with a group of 20-30 young students from Universities around Johannesburg whom had all attended one church earlier that day. Singing hymns is on the wane in the U.S., but not in South Africa! We sang at full volume, ate some unique food (to me), fielded lots of Q&A and generally fellowshipped for over five hours. The students ranged from Zimbabwe, Madagascar, Tanzania, Kenya, and South Africa. Their stories of how they came to SA and landed at that particular church were all over the map. But again, that theme…the longer they had been discipled in that church, those who had started in at the seminary affiliated with that church, and those who had read more were more mature and more able to think through the realities of working with unreached language groups.

So why this emphasis on sound training? Here are three points:

We will have our first students coming to Radius International from the continent of Africa this year. By God’s great grace that trickle will grow to a great torrent and those with passports from Zimbabwe, Kenya, South Africa and Zambia will be among the vanguard reaching the last languages that still have no gospel witness, no disciples and no church. May many follow in the footsteps of William Chalmers Burns and give their lives to seeing the gospel of our God’s grace spread to the ends of the earth.

[1] All of this can be found in Five Pioneer Missionaries (Banner of Truth, 1965)

[2] The Robert Murray M’Cheyne Bible reading plan is one of the best out there.