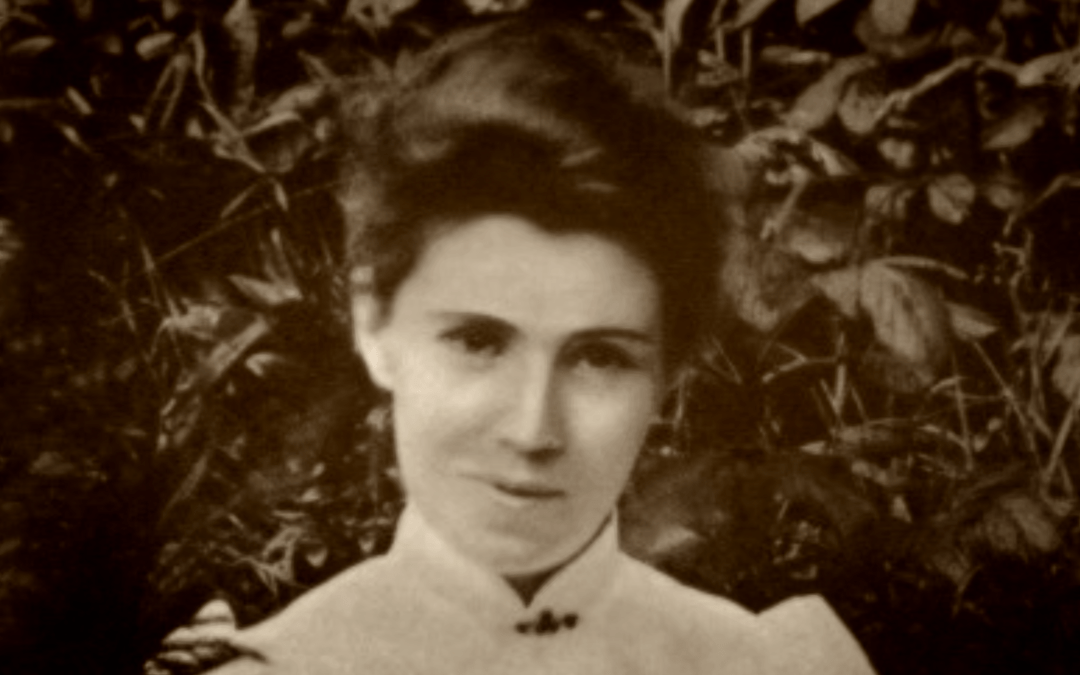 Early on in her time in India, Amy received a letter from a lady in England who was seriously considering giving herself to missionary work. In her letter she asked Amy what missionary work was like. Amy replied, “Missionary life is simply a chance to die.” When I first read this, I immediately thought of our Lord’s words in John 12:24-25: “Truly, truly, I say to you, unless a grain of wheat falls into the earth and dies, it remains alone; but if it dies, it bears much fruit. Whoever loves his life loses it, and whoever hates his life in this world will keep it for eternal life.”

Amy Carmichael understood well, not simply what every potential missionary needs to grasp, but what every Christian needs to understand—death works life (read 2 Cor. 4:10-12). A missionary’s life is completely unglamorous. It requires dedication, devotion, resolve, and a readiness to die. That was Jesus’ basic requirement for every would-be disciple. When he said, “If anyone would come after me, let him deny himself and take up his cross daily and follow me,” Jesus was not saying that following him meant that life would be punctuated with inconveniences. Using the most dramatic of language, Jesus was saying, “Unless you are willing to die, you cannot follow me.” This is why the first question that any potential missionary should be asked is, “Share with us how highly you value and cherish the Lord Jesus Christ.” It is the value we place on God’s Son that will, more than anything else, enable us to bear the cost, the often sore cost, of serving him in this dark and hostile world.

I remember vividly my first meaningful encounter with the writings of Amy Carmichael. A friend was reading her poem, “Hast thou no scar?”, and I was deeply affected. I went home, read the poem, and memorized it. As we reflect briefly on this remarkable woman’s life, let me begin by introducing you to her poem:

Hast thou no scar?

No hidden scar on foot, or side, or hand?

I hear thee sung as mighty in the land;

I hear them hail thy bright, ascendant star.

Hast thou no scar?

Hast thou no wound?

Yet I was wounded by the archers; spent,

Leaned Me against a tree to die; and rent

By ravening beasts that compassed Me, I swooned.

Hast thou no wound?

No wound? No scar?

Yet, as the Master shall the servant be,

But thine are whole; can he have followed far

Who hast no wound or scar?

Amy Carmichael was an Ulster-Scot, born in 1867 in Northern Ireland to relatively wealthy Christian parents. At the age of 12 she was sent to boarding school in England and three years later wrote, “In his great mercy, the Good Shepherd answered the prayers of my mother and father and many other loving ones, and drew me, even me“. From this moment on, Amy devoted herself to living for Christ and serving the cause of the gospel.

Amy’s call to sacrificial missionary service began with a very ordinary incident. One Sunday heading for church, she saw an old woman carrying a heavy burden. Amy decided to stop and help. As she did, the words of 1 Corinthians 3:12-13 came forcibly to her mind. One biographer wrote, “From this period her life would be shaped by the thought that ‘Nothing is important but that which is eternal.’” Sometimes, perhaps even most often, the Lord forwards the work of his kingdom quietly and unspectacularly. Who knows what seemingly insignificant incident God will use in your life today to bring you to give yourself unreservedly to him and his holy passion, the salvation and sanctification of the lost.

Amy had a special burden for the “Shawlies,” women who worked in the local factories, often in dreadful conditions. God richly blessed her spiritual concern for these women and soon over 500 were attending the special services she and others in her Presbyterian church had arranged. God was using Amy greatly in her own native land. But, like fellow Presbyterians John G. Paton and William Chalmers Burns before her, Amy felt God was preparing her for gospel work far from her native land.

In 1887, she heard Hudson Taylor speak at the Keswick Convention and became persuaded that God was calling her to “Go and make disciples.” Her first thought was serving with the China Inland Mission, but CIM eventually told her that her health was too delicate for the hard labour of missionary work. Undeterred, Amy applied to and was accepted by the Anglican Church Missionary Society. In 1893, Amy travelled to Japan and then briefly to Ceylon (Sri Lanka). Her delicate health (she battled with poor health all her days) forced her to go to Bangalore in India to recuperate. In the sovereign providence of God, it was there that Amy became convinced of her life’s calling. Until her death in 1951, Amy devoted herself to bringing the gospel of God’s saving grace in Christ especially to young girls who had been sold into temple prostitution and servile slavery.

While still learning the difficult Tamil language, Amy commenced itinerant evangelism with a band of Indian Christian women, guided by the CMS missionary Thomas Walker. She soon found herself responsible for Indian women converts, and in 1901, she, the Walkers, and their Indian colleagues settled in Dohnavur. This is the place indelibly etched into the life and memory of this indomitable woman.

Amy resolved to let nothing hinder her missionary calling and so she adopted Indian dress (Hudson Taylor and William  Chalmers Burns had done this in China, to the disgust of fellow European missionaries), and darkened her skin with dark coffee. She took the apostle Paul’s exhortation seriously, “I have become all things to all men, that I might by all means save some.”

The Dohnavur Fellowship’s ministry among the female outcasts in Indian society became known far and wide. She gradually began to take in hundreds of unwanted children having smuggled them out of the temples when no-one was looking. On at least one occasion it seemed certain that she would be arrested, but she received a letter informing her that all charges had been dropped with no explanation!

By the mid-1930s Amy had become crippled and permanently bedridden following a nasty fall. However, her physical infirmity did not blunt her gospel usefulness. God continued to use her through the written word and her many books and poems that were published around the world, inspiring many Christians “to give up their small ambitions and go and preach the gospel of Christ.”

Amy Carmichael’s life was a striking witness to all who encountered her. Her love and devotion to the children of India was such that they referred to her as “Amma” or “mother.” One of her best-known sayings sums up her life: “One can give without loving, but one cannot love without giving.”

As we bring this brief overview of Amy’s life to a close, the words of one of her prayers surely echo in every Christian life that longs to glorify God:

“God, harden me against myself, the coward with pathetic voice who craves for ease, and rest, and joy. Myself, arch traitor to myself, my hollowest friend, my deadliest foe, my clog whatever road I go.”

It is little wonder that the word of God commands us to “put to death what is earthly in us” (Rom. 8:13). The Lord has not yet delivered us from sin’s presence; it remains to trouble us in any number of ways. But “if by the Spirit” we put to death what is earthly in us (and it is only with the Spirit’s help we can do this), we will “live”—live to be useful to God and the cause of his kingdom in this world. 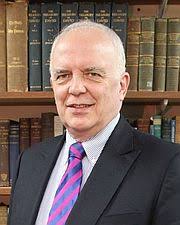 Ian Hamilton teaches historical and pastoral theology at Westminster Presbyterian Theological Seminary in England, and at Greenville Presbyterian Seminary, South Carolina. He graduated from Edinburgh University in 1979 and became the minister of Loudoun Church of Scotland, Newmilns, Ayrshire in the same year, serving there for almost twenty years. He is married to Joan, and they have four children.

Ian Hamilton is a Trustee of the Banner of Truth Trust and has preached at conferences around the world. His books include a commentary on the Letters of John, published by the Trust in the ‘Let’s Study’ series, The Faith-Shaped Life and, The Gospel-Shaped Life. 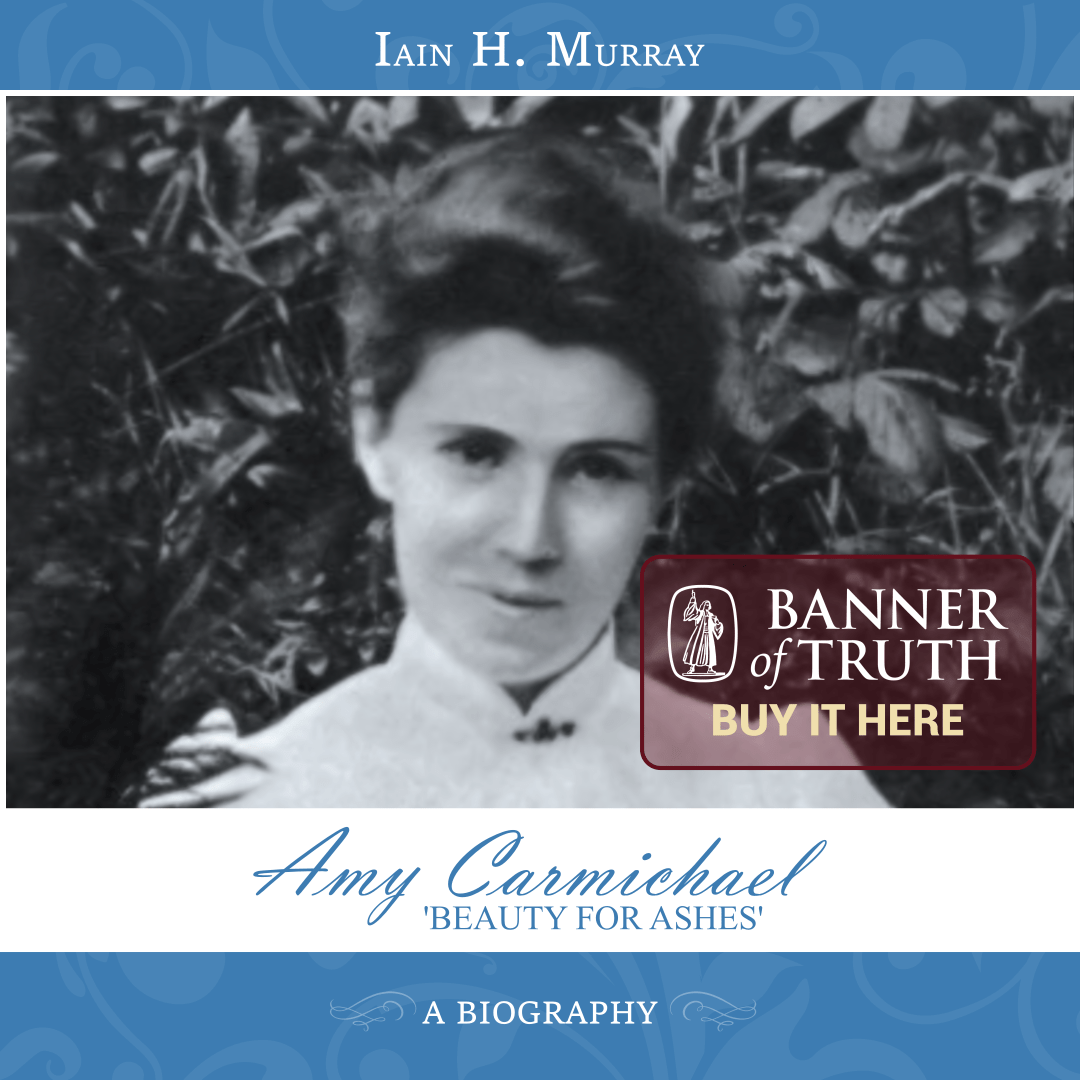