Can you become a Christian without identifying with Christ? 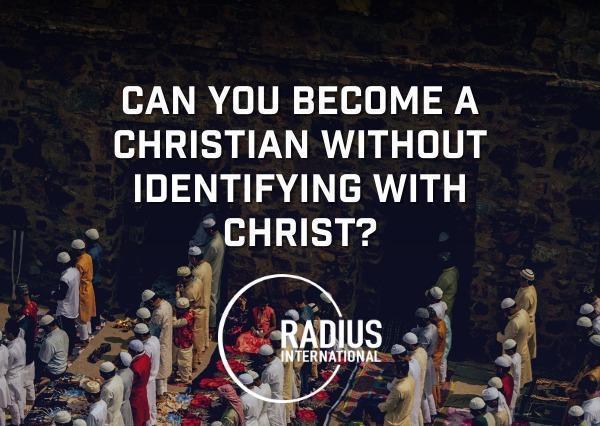 In 1969, Thomas Mori, a Bengali Muslim of Afghan descent, met a Norwegian missionary in Eastern Pakistan. Over the course of weeks and months, the missionary shared the gospel with Thomas and patiently answered his questions. By God’s grace, Thomas was converted. Upon telling his family the news, however, Thomas found himself rejected and disowned because of his newfound faith in Christ. In the years that followed, Thomas struggled to find a church to assimilate into. The only other Christians belonged to a different tribe who would not welcome him. As a result, Thomas grew frustrated toward the church: “My experience with the church had been quite negative,” he explained. “Christians wanted Muslims to come to faith, but they didn’t want to fellowship with them.”

Thomas’s difficult experience of assimilating into a church as a Muslim-background believer undoubtedly explains the advice he later gave a group of six young men from a distant tribe who wanted to know how to be saved. “Go back home,” Thomas told them, “but don’t become Christians. Your parents will know very soon, because your life will be changed. When they ask you, you can tell them about Jesus.”

Thomas’s story is far from unique. Around the world when Muslims and others come to faith in Jesus Christ, they face the difficult decision of how to identify themselves and how to explain their change of identity. The question I want to address in this article is simply this: Can you become a Christian without identifying with Christ?

This question is increasingly necessary to answer clearly. David Garrison, from whose book Wind in the House of Islam the story of Thomas is taken, favorably portrays Muslim-background believers who “remain within the Muslim community as witnesses, continuing to see themselves culturally, socially and officially as Muslims.”[1] This is positively portrayed as a missions strategy. After all, it is argued, how will Muslim-background believers evangelize their families and neighbors if they are forced to flee because of their faith? Or worse, if they are killed?

The result is the proliferation of so-called “secret believers” who have faith in Jesus in their hearts while remaining culturally, religiously, and socially indistinguishable from the rest of their community. As one such “secret believer” in Eastern South Asia explains, “I believe 100 percent that Jesus is God, but I cannot tell this to the Muslims. If I say this, then the Muslims will open torture upon us. I am following Jesus’ example.”[2] Being pressed about what he meant by “Jesus’ example,” he quoted Mark 1:23-25 where Jesus silences the demons since they know who he is. “This is a great teaching for us,” he explained. Jesus is saying, “It is not the time to teach that I am the Son of God.”[3]

But is this really a viable option for new believers? Can you follow Jesus without publicly identifying with Christ, regardless of the opposition that may follow?

While it is true that Jesus did instruct the demons to be silent in Mark 1, Jesus also set the terms for discipleship in Luke 14:25-33 when he taught that “Whoever does not bear his own cross and come after me cannot be my disciple.” To unpack this Jesus gives the illustration of a man building a tower or a king going out to battle. In either case it is necessary to “count the cost” (14:28). This is no less true in the decision to follow Christ. A cost-less discipleship is a Christ-less discipleship. There simply is no other way. As Jesus concludes, “Any one of you who does not renounce all that he has cannot be my disciple” (14:33).

Counting the cost matters because there is a pressure in missions to present following Jesus as less radical than it really is. But as J.I. Packer has written, to “alter or revise the gospel in order to make it more palatable to the modern mind would be treachery to Christ.”[4] Yes, contextualization must happen. To quote Packer again, “The meaning and application of the gospel must be explained to men and women in terms of their actual situation.”[5] But the purpose of contextualization is never to make the gospel comfortable, but to make it clear.

It’s not that we want to make it harder to follow Jesus than what the Bible teaches. It’s that we don’t want to deceive people into thinking that they’re on the road to heaven when they are really on the path to hell (Matthew 7:13-14). Muslim-background believers, like all Christians, must make the calculation: I may die for my faith, but Jesus is worthy.

Jesus says that conversion means counting a cost. Part of that cost is identifying with him and his people. That is where baptism comes in.

Another aspect of identifying with Christ is the command to be baptized. Baptism is a public act of identifying with Christ and his people.[6] This isn’t a Western discipleship plan. This is Jesus’ discipleship plan. The first aspect of “making disciples” that Jesus explains in Matthew 28:19 is “baptizing them in the name of the Father and of the Son and of the Holy Spirit.” Nor is this an optional aspect of discipleship to Christ. After all, Paul could assume that all of the believers in Rome, many of whom he had never met, had been “baptized into Christ Jesus” (Romans 6:3-4).

From the first days of the Apostles down to the present day, baptism has always been understood as an initiatory act into the people of God. Even non-Christians of other religions recognize this fact and will therefore wait to cut ties or disown family members until the point of baptism. And if family members and friends perceive baptism to be an act that indicates a change of allegiance, that’s because that is exactly what it signifies: a new citizenship (Philippians 3:20), a new king (Acts 17:7), and a new family (Luke 18:29-30).

Publicly identifying with Christ through baptism is like putting a spotlight on someone and saying, “Watch how they live and see if there’s a difference.”

One Muslim-background believer from the Middle East described the importance of publicly identifying with Christ in the following way: “It is the holy distinction of Christian life from Islamic life that inspires this kind of change. … Muslims must see a clear and inspiring distinction in the way Christians live. Without this cultural, lifestyle-distinction, Christianity offers little hope to Muslims so forcefully ensconced in their own religion and Islamic culture.”

Identifying with Christ is neither private nor secret (Matthew 5:14-16). Followers of Jesus must profess their faith publicly through baptism.

None of this is to suggest a careless or tactless approach. Those who have spent time ministering to Muslims know that a decision to follow Jesus may take years of anguished prayer.  In our zeal we never want to break the bruised reed or quench the smoking flax (Matthew 12:20). For this reason, helping Muslim-background believers identify with Christ requires wisdom.

Particularly in a non-Western culture, care must be taken that identifying with Christ not be unnecessarily communicated as disrespect toward families. After all, Christians are still called to “honor their father and mother” (Exodus 20:12; Ephesians 6:2). As one missionary in Central Asia told me, “Becoming a Christian doesn’t mean you have a right to be a jerk to your parents.” That means that he will work with new believers to try to respectfully explain to their family members the difference in their life, sometimes by working with a sympathetic relative to break the news to the family and mediate on their behalf.

Yet at the same time, Christians are also told that their love for God will often-times be interpreted as hatred of father and mother (Luke 14:26). In such cases, love for Jesus surpasses even love for family. When I asked one Muslim-background believer how he thought Satan would attack him to lure him back to Islam, he responded without skipping a beat: “My mom.”

For all these reasons, helping Muslim-background believers identify with Jesus while counting the cost requires great wisdom. Nevertheless, secrecy is not an option, at least not in the long run. Identifying with Jesus means counting the cost and publicly professing Christ through baptism. We should take care in our evangelistic efforts to not set a lower bar for discipleship than what Jesus sets. And we should pray for clarity and charity as we work with Muslim-background believers to count the cost and identify with Christ.

[6] As J.D. Greear has written, “Baptism is post conversion because it symbolizes a public choice to follow Jesus. Thus, to knowingly baptize people who aren’t yet saved would pervert and undermine the symbol and its role in the church.” Stop Asking Jesus Into Your Heart: How to Know for Sure You Are Saved (B&H, 2013), 114. 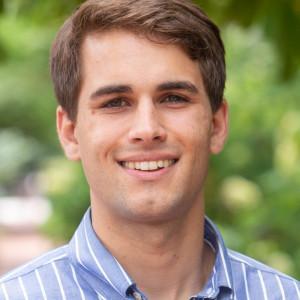 A graduate of Georgetown University (B.S.) and the Southern Baptist Theological Seminary (MDiv), Caleb Morell is a pastoral assistant at Capitol Hill Baptist Church. Having grown up as a missionary kid in Stockholm, Sweden, Caleb writes for 9Marks on missions and other related topics. You can read some of his articles here and follow him on Twitter here.