What Is ‘Finishing Well’? Why Is It So Rare? 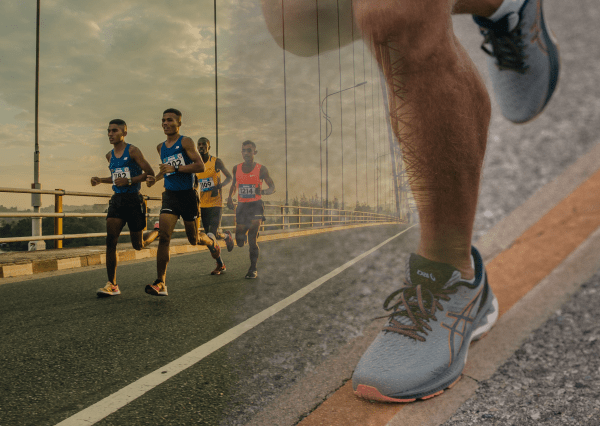 What a loaded topic. Of course, in my blunter moments, I’m tempted to title this, “Why do Missionaries Quit?”  But I’m truly trying to work on my bluntness. Some might say I’m actually going woke, I’m not quite there yet.

Last week our church in San Diego had another commissioning service for a couple headed to SE Asia.  They are some of the most committed, sharpest, dedicated folks that have ever come through our church or Radius.  Their odds of going the distance in this task of planting a church in a closed country in a 2nd language are actually pretty good. I’d give them 70-30 that they’ll go the distance.  (Of course, the Father can halt them at any time of His choosing, but that will be what it takes for these ones to ‘quit.’)

Keep in mind that in baseball to have a lifetime average of over .300 you can rightly say you finished your career well. If you’re an investor and saved enough to not run out of funds in your old age I suppose in that area you could say you finished well, no matter if your kids are in prison.  The tighter you draw your area of concern the easier it gets to speak of finishing well.  Many folks of this day would see themselves as successful by getting all their kids through college and into the workforce.  The list of ‘limited successes’ is endless, but does the believer get to draw a circle around a few areas he’s done well in and then apply Paul’s words to his life?

In II Tim. 4:6,7, Paul says this of his LIFE, “…I am already being offered, and the time of my departure has come. I have fought the good fight, I have finished the course, I have kept the faith.”  In reading that though there are a couple things all believers need to keep in mind…

It must be said that planting a church within an unreached language group will still not allow a missionary to utter Paul’s words about finishing well.  Most missionaries who are privileged to get to do that very thing still have many years of life to live for the Lord Jesus so they better hold off anointing themselves at 55-60 years old with such a statement.  But, for the person who has seen (As one student said in class this week, “I can’t un-see what I’ve seen in Scripture.”) God’s heart for all nations to hear, and who has dedicated his life to that great task, and then walks away from that task, I believe it will be difficult to be able to quote Paul’s words at the end of his life.

Don’t get me wrong, I have met few missionaries who didn’t make decisions they’ve regretted.  They stumble, they fall, they cave into sinful tendencies, but thankfully the Lord’s reinstatement of Peter happens on an ongoing basis FOR THOSE DESIRING TO GET BACK IN THE BATTLE!  As Paul wasn’t sinless, neither are those who take the gospel to unreached peoples.  But Paul’s challenge to himself must be ours also, I Cor. 4:1,2 “This is how one should regard us, as servants of Christ and stewards of the mysteries of God. Moreover, it is required of stewards that they be found faithful.”

As we state to Radius students with great regularity, “Success at planting a church among an unreached language group is somewhat out of your hands.  But the faithfulness to keep going, amidst the pain, the loss, the sickness, the discouragements, the frustrations…that faithfulness IS in your hands.”

So why do missionaries quit? Countless reasons. Neglect in feeding themselves in God’s Word, which leads to numerous particulars. Loss of vision, or blurry vision, that allows the many discouragements to eclipse His promises and heaven itself.  One marriage partner crumbles in an area that takes both of them out.  Children who get to a certain age and decide they don’t want this life. Lack of thinking it through, the length of time it will take to learn the languages needed, make the gospel clear, disciple them to maturity, do a translation of the scriptures. When the reality hits of how long it will take, many simply find a way to take a job back at their agency headquarters. When on Home Assignment (It used to be called ‘furlough’) a job opportunity arises and, if you’re so inclined, that transition from the mission field to a less stressful life ensues. Blatant sin takes out some, but mostly that’s not the case.

I will again quote the words of Adoniram Judson written to those starting their missionary careers, “Beware of the great reaction which will take place after you have acquired the language, and become fatigued and worn out with preaching the gospel to a disobedient and gainsaying people.  You will sometimes long for a quiet retreat, where you can find a respite from the tug of toiling at native work-the incessant, intolerable friction of the missionary grindstone. And Satan will sympathize with you in this matter; he will present to you some chapel of ease, in which to officiate in your native tongue, some government situation, some professorship, or literary scientific pursuit, some school to teach at; anything, in a word that will help you, without much surrender of character, to slip out of real missionary work.  Such a temptation will form the crisis of your disease.  If your spiritual constitution can sustain it, you recover, if not, you die (quit).”

No one would ever accuse Judson of going woke, but he’d been in Burma 19 years when he wrote that. He’d seen a lot. He’d buried his first wife, and their three children. He’d also seen many folks turn around and head back home.