How Should Christians View Safety? 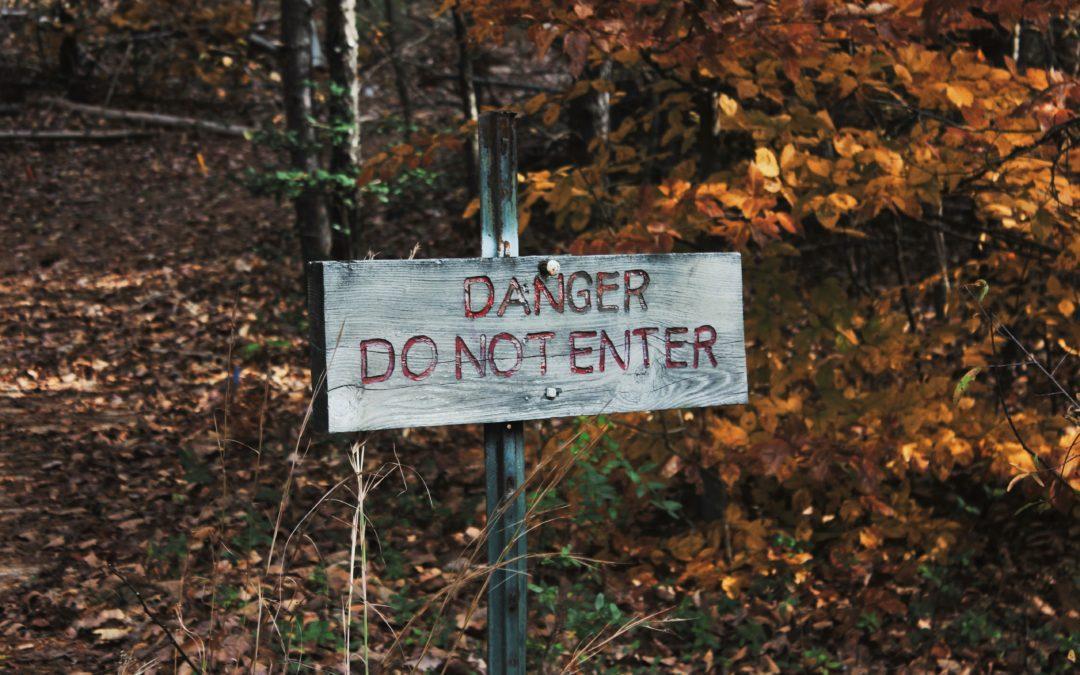 As a fan of both the NFL and the NBA, it has been with great expectation that I have been watching and waiting as they plan to start (and restart) their season in this Covid-19 world. (Lakers in 6 to win it all, Tom Brady out by midseason). It is interesting though to hear some variation of “safety is our top priority” being preached at every turn by basketball and football officials as they get their seasons going. What makes it interesting is that we all know safety is not the top priority—football and basketball are. If safety is the top priority, then playing football and basketball are bad ideas. Staying home, social distancing, facemasks and a litany of other things would be “top priority.” But safety, as important as it is, is never the top priority for those who have a higher goal than just surviving.

For the Christian, safety is never our highest goal. And for those seeking to take the gospel to the people/language groups that still have no church among them, safety is a distant luxury they died to long-ago. It’s been said many times but bears repeating: the final 3,100 language groups with no church among them are not random in their disbursement—they are especially located in the most difficult and unsafe locations in the world. That’s why they are still unreached. While there is much that we can and should do to prepare our future ambassadors to reach those peoples, there will always be a strong element of risk involved. Not foolish or unwise risk, or risk for personal glory, but inherent, unavoidable, God-honoring risk to do the task the Master has laid before them.

Paul, in his letter to the Philippians, says this: “I eagerly expect and hope that I will in no way be ashamed, but will have sufficient courage so that now as always Christ will be exalted in my body, whether by life or by death.  For to me, to live is Christ and to die is gain.”[1] I’m always struck afresh by how soft I am, how consumed I am with my own safety, when I hear the apostle Paul speak. This is a man who five times received the forty lashes minus one, was beaten with rods three times, stoned once and endured countless other physical, emotional, and psychological torments. And he prays that what he has left in his body, what’s left in the gas tank, will exalt his God, whether by life or death. He’s not looking for an easier path, a teaching position in Antioch perhaps, or a permanent placement to Galatia. He prays for sufficient courage for whatever is asked of him so that he would not bring shame to Christ’s name. For Christ to be exalted in our body, it will demand courage. Courage in things that are foreign to our bodies and to our minds.

I remember getting my fifth case of malaria in one year, during our time in Yembiyembi (where we served for thirteen years). Our mission doctor politely but sternly reprimanded me via e-mail, for not wearing sufficient bug repellent and spending too much time in areas where the mosquitos were heavy. The problem was that our new believers hunted wild boar, and boar lived in the swamps—along with mosquitos. In order to have the opportunity to spend the full nights around the fire discipling the new believers, hunting for boar together through the night, you had to go on the hunting parties to the swamps. And wild boar could smell bug repellent a dozen miles away. So, with my wife’s approval, the all-night hunting trips and bouts with malaria continued for eight more years. Not because our mission doctor was wrong in any way, but because there was a higher goal than a healthy liver.

But in order to die to our safety, Christians have to come to see loss as normal and even expected. And this idea of willingly laying down our safety is counter to everything our society feeds us. The best (and briefest, at just 51 pages) book I have found on the topic of Christian risk and safety is John Piper’s Risk is Right.[2] He opens chapter two like this:

If our single, all-embracing passion is to make much of Christ in life and death, and if the life that magnifies him most is the life of costly love, then life is risk, and risk is right. To run from it is to waste your life.[3]

For the Christian, risk is not only acceptable, it’s expected! Peter, writing to God’s elect that were scattered around the world, reminds them to “not be surprised at the fiery ordeal that has come on you to test you, as though something strange were happening to you. But rejoice inasmuch as you participate in the sufferings of Christ, so that you may be overjoyed when his glory is revealed. [4] Keep in mind that Peter is writing to people who are being fed to lions, sawn in two, used as human torches for Nero’s nighttime parties. And he says, don’t be surprised! This isn’t abnormal or strange for the people of God. It’s expected. 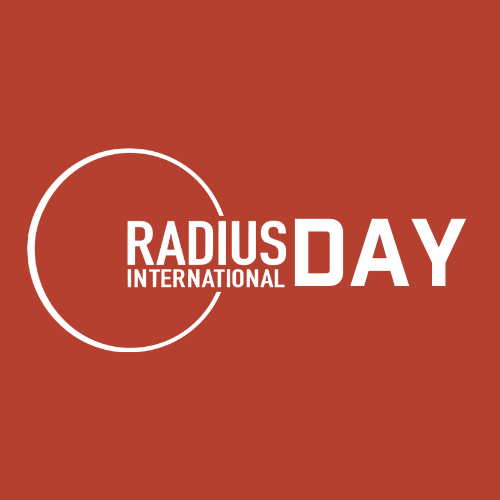 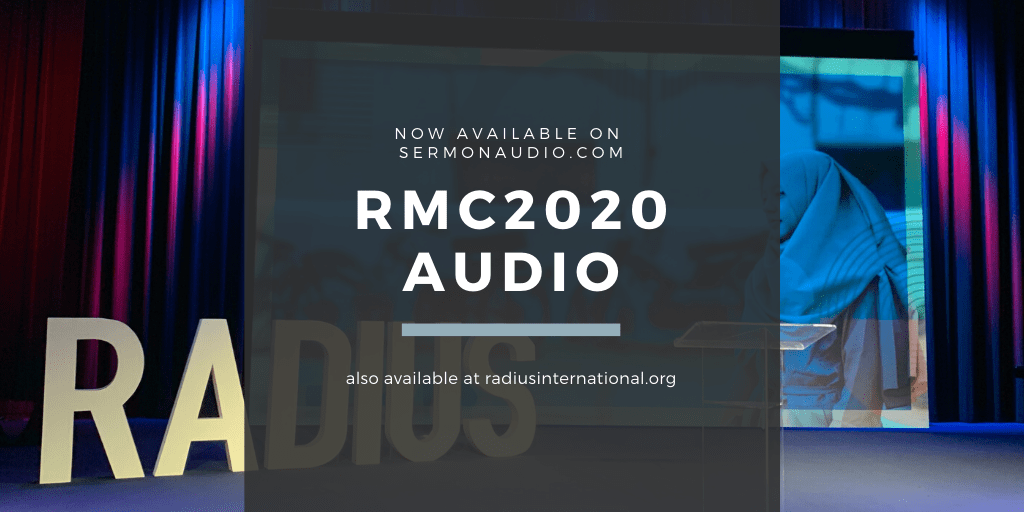 I have been encouraged recently with our incoming Radius students. Mexico is less safe than the U.S. in many ways, and Covid-19 adds a layer of the unknown that the enemy can use quite well. But surprisingly, applications are not down. In fact, we have so many applicants that we’ve had to put some on the waiting list and others into next year’s class. And this encourages me that those who are leaving behind homes, jobs, families, and futures have counted the cost. They don’t know the outcome, but that ever-so-painful, countercultural process of dying to safety has begun with this first step.

The key to dying to safety though is in the “why.” Why are Christians called to rejoice in sufferings, exalt in our weaknesses, and view death as gain? I believe the answer lies in Paul’s second letter to the Corinthians. He says that we are being given over to death regularly for the sake of Christ, but….” we do not lose heart. Though outwardly we are wasting away, yet inwardly we are being renewed day by day. For our light and momentary troubles are achieving for us an eternal glory that far outweighs them all. 18 So we fix our eyes not on what is seen, but on what is unseen, since what is seen is temporary, but what is unseen is eternal.”[5] This life is not only temporary, but the pain, the stress, the lack of safety, are achieving for us eternal glory! For the Christian, this is not the end. What is felt by our bodies and minds in this short sojourn is not all there is. Our home awaits—and it is so much more than our minds and eyes can fathom. Malaria, Covid-19, leaving behind a good paying job, loss of family, jail, even death…..are light and momentary in comparison! May God fit our minds and eyes for the eternal, for the unseen.

Please do be praying for the 63 to 66 incoming Radius students. They will be our biggest class ever, and there is much that needs to happen prior to their arrival. Nothing is easy in this new Covid-19 reality, but we praise God for the opportunity to train these ones who will take the gospel where it has yet to go.

If you have never been down to Radius and would like to see the inner workings, meet the staff, students, and teachers, Radius Day was made for you. November 5 – 6 will be our next Radius Day, and it almost certainly will be full long before we reach those dates. If you want to be a part of it, I would recommend registering now so that you don’t miss out.

In closing, I want to say a tremendous thank you to the Radius family of churches, foundations and individuals who have stood behind us and continue to give sacrificially to make this all happen. Thank you for your faithfulness in this endeavor, even in these challenging days. You are much appreciated.

Is RADIUS is a good fit for you?