Unreached Language Groups: The Priority of Completing the Great Commission 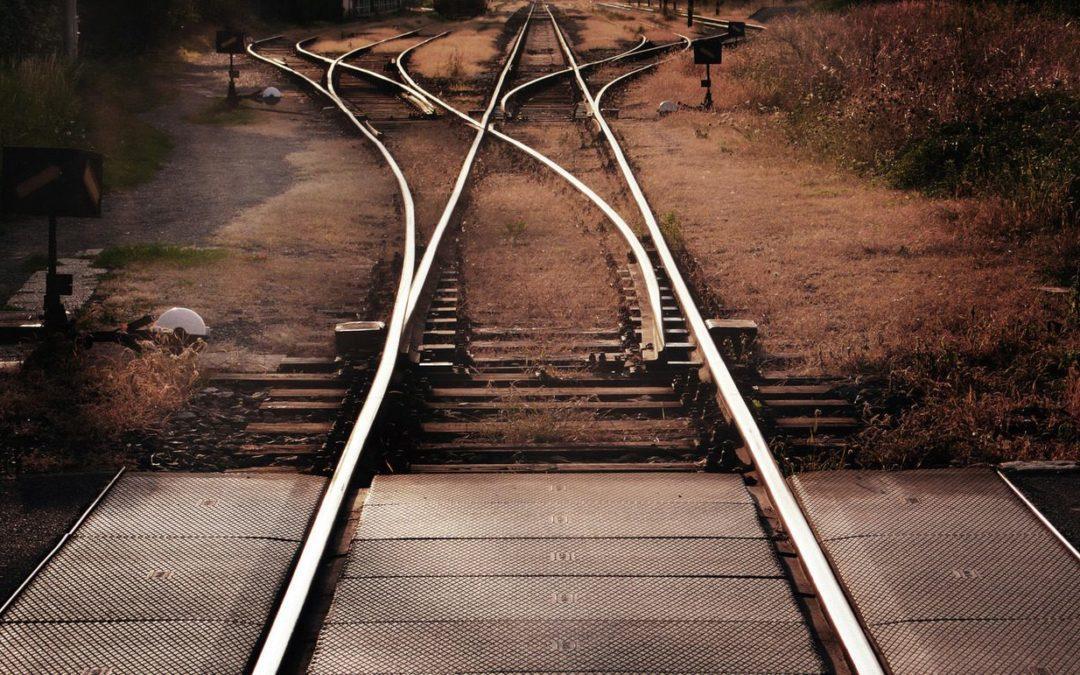 As long as there are language groups that still have no witness (no Scriptures and/or no viable church), the Body of Christ should prioritize THOSE unreached language groups before adding more church planting teams to the languages that already have a witness.

The need for clarity and definition

The phrase “unreached peoples” has become very common and is familiar to anyone involved in missions. But finding clarity and precision in regard to the meaning of that phrase is not common! Does it matter? Yes, it does. A lack of definition in this important phrase has implications for the way churches design their missions strategies, the way missions agencies distribute their personnel, and the way the Great Commission either stalls out, or is actually accomplished. Yes, it is important to pursue greater clarity of definition for the phrase “unreached people groups”!

When a Mission Agency says, “We’re all about reaching the unreached” (there’s hardly an Agency out there that is not saying this), we need to know what they mean. There are two important questions that emerge: (1) Precisely which people are included in the scope of the Agency’s outreach? And (2) Will that outreach produce forward progress in fulfilling the Great Commission?

It’s not about “good vs. bad”. It’s about fulfilling the Great Commission

Before I go any further, I want to make something clear: I am NOT asking the question, “Is the work of this Agency important and worthwhile?” No. I am not asking that question. God’s people are Ambassadors (2 Cor 5:20), and we share the great news about Christ, we make disciples and we form them into churches anywhere and everywhere possible! Christ’s followers are impacting the world wherever we can; it’s just who we are!

The reason we make a distinction between “unreached language groups” and “unreached people groups” is because we’re trying to prioritize those socio-linguistic groups that truly have NO ACCESS to the Gospel in their own language. There are still approximately 3,000 ENTIRE LANGUAGE GROUPS that have NO VIABLE CHURCH planted in them yet (many of these do not have any Scripture translated into their language either). We believe that in order to move forward in the completion of the Great Commission – to make disciples from among every ethne – we have to plant churches among THESE LANGUAGE GROUPS that have NO CHURCH IN THEM.

The current use of “unreached people group” can be misleading

Currently, the popular view of “unreached people groups” in missions has two aspects that need sharpening: (a) a people group qualifies as ‘unreached’ as long as the evangelical population is less than 2%, and (b) a people group can qualify as “unreached” even when their native tongue is plentifully populated with churches, Bible translations and biblical training centers, but the so-called “people group” has some sort of cultural, political, educational or economic idiosyncrasy that warrant a specialized outreach effort. This unfortunate exaggeration of “cultural barrier” is what leads some to consider “Canadian NHL players residing in Anaheim, CA” as an “unreached people group” (because culturally, they are “different” from the rest of Americans and the American churches in Anaheim).

Let’s address these two points. With regard to point (a) if a language group has a population of true believers – established as a church or churches – even if they make up a very small percentage of the entire population of their people group, that group should NOT be considered “unreached” in the same way as those languages that have NO viable church within them. The Apostle Paul reflected this perspective when he explained (in Rom 15:23) that there was no longer any work for him to do in all of Asia Minor and the Grecian Peninsula. He wasn’t saying that there was a church in every city. He wasn’t even saying that there existed now a strong percentage of believers in that language. He was saying that there were some churches established, and that THOSE CHURCHES would now be responsible for reaching the rest of “their people” (i.e. the people that belonged to their linguistic background). He expressed a strategic priority on moving toward a language or context where there WAS NO WITNESS available (in this case, Spain).

In response to the second issue (b), what about social sub-groupings inside a broader social-linguistic group that is already reached? The simple answer is that these “social sub-groupings” of people (eg. Canadian hockey players in Anaheim) should really be the normal and expected outreach target for the existing church that speaks that language. Even if it requires the church to learn about that group’s particular set of values and distinctives (where the Canadian hockey players gather and what they value), it doesn’t constitute an “unreached people group” but rather an opportunity for the churches already established in that context. We believe that by labeling these cultural sub-groups as “unreached peoples” we actually distract the Body of Christ from the true target of the Great Commission: making disciples from within EVERY ETHNE (every socio-linguistic group).

“Don’t you see the unique situation of the cultural sub-groupings?” Let us be clear: we do not wish the church to cease ANY of its outreach efforts! Reach out to the Canadians in Anaheim! Connect with International students in Los Angeles! This is what followers of Christ do! But please, let’s give priority (when allocating missions budget and sent-out church members) to those language groups that have no viable church, and often no translation of the Scriptures in that language. There are unsaved Germans living and working in Buenos Aires. They are a unique cultural sub-grouping there. But the Argentine church should be reaching out to these Germans as a normal part of their Christian life, and we should avoid labeling them as yet “one more unreached people group” to distract us from the truly unreached (i.e. those without access to the Gospel).

“Are you saying that the unreached languages in Asia are more valuable than the lost souls in Alabama?” No. I am not saying that. Christ died for all, and the Body of Christ is responsible to keep sharing the Good News with anyone and everyone, because every lost soul is of equal value to God who will quickly leave the 99 in order to pursue the one that is outside the fold (Lk 15). The Dutch in London are just as valuable as the 6.5 million Mewari in India who have no access to the Gospel in their language. What we need to address is strategic priority. If we are going to move forward in the completion of the Great Commission, we need to shine special light on the reality of approximately 3,000 socio-linguistic people groups (distinct languages) that have no access at all to the Word of God being taught clearly in that language.

We look forward to the reality described in Rev. 5:9, and believe that God is the one (not us; and not missiologists) who has always brought a focus to the very real barrier of language, and His full intention to have His Gospel taken PAST that barrier and to bring people into His family from every single tongue! (See Gen 11:1, 6-9, 12:1-3; Mt 28:18-20 and Acts 1:8).

“Don’t you see the crushing need in Muslim countries where the only churches existing in that context are small and struggling?” Yes; I do see that crushing need, and I would never dissuade anyone from giving their lives in that context for the furtherance of the Gospel. I do, however, feel responsible to point out that such efforts do not actually “move the needle” on the “Great Commission Fulfillment Meter”. On that “meter”, the only thing that moves it forward is when we make disciples among an “ethne” (a socio-linguistic people group) that currently HAS NO DISCIPLES. Please keep sending people and resources into those Muslim contexts! But please recognize that we’re often seeing THAT, while at the same time neglecting those language groups that have NO ACCESS TO THE GOSPEL YET, and therefore no disciples and no viable church that can reach out inside that linguistic context. When do we start urging our sent ones to move out into the Muslim areas who DON’T speak the major language, and who have NEVER had a gospel witness among them in their own heart language?

“Your focus on ‘language groups’ seems a bit odd; aren’t we talking about ‘people groups’?” Excellent question! Yes, it IS a bit odd. But there’s a reason: we are trying to draw people’s attention to the real heart of God in the Great Commission – and throughout Scripture – for seeing every “tribe, and tongue, and people and nation” brought before Him. God is the One that has placed an emphasis on language distinction, and we are only seeking to do justice to that. I believe the original intention behind identifying people groups back in the 70s and 80s was designed to bring these unreached languages onto the church’s radar. Since that phrase (unreached people) has been so watered down, we’re making an effort – through using the phrase “unreached languages” – to get those same people back on the radar. Some have begun using “UUPGs” (unengaged unreached people groups), and I think that effort is very similar to the one we’re making. But if “unreached people groups” retains its terribly broad definition (Canadian Hockey Players in Anaheim), then the UUPG expansion ends up being much less helpful in steering the strategic planning of the Body of Christ in its desire to complete the Great Commission.

An illustration to make it more concrete:

A real situation: In North India, there are multiple church planting teams learning the Hindi language in order to plant additional churches in that language. Although there are two complete Bible translations in Hindi, and believers gathered together into maturing churches in numerous cities, as well as Bible Colleges and Seminaries in Hindi, there are Hindi-speaking towns and cities all over North India where THERE IS NO CHURCH.

Many would say, “Then let’s put together additional church planting teams, and get teams learning Hindi and locating in every one of those cities where there is no church. The total evangelical population is still less than one percent!”

Yes; the need is compelling! The Gospel must be spread to those other cities! But since there is already a Bible and churches in that language, let’s not add another church planting team to that language group until we’ve placed church planting teams into the language groups (living in towns just beyond the Hindi speakers) with NO witness, NO Scripture, and NO church. It’s not a question of “right-and-wrong”, it’s a question of giving PRIORITY to those “ethne” from which we were commissioned to make disciples.

Let’s be more careful. Let’s point a bright and focused light on the fact that the Great Commission has not been carried out yet in more than 3,000 language groups. Let’s recognize that another church-plant in Phoenix, although a wonderful thing, is actually NOT making a difference in the unfulfilled Great Commission of our Lord. Let’s put strategic priority – in our prayers our giving our sending and our going – on those language groups in which we simply have not carried out the Great Commission. Our God desires (demands?) to be known, loved and worshipped from among every single one of those language groups. May we give greater priority to His desire!

The author has spent the last 30 years working in church planting efforts among unreached language groups. He is currently involved in multiple efforts in Asia working to facilitate business opportunities for church planters on the field.