Jesus Is One of My Favorite Gods 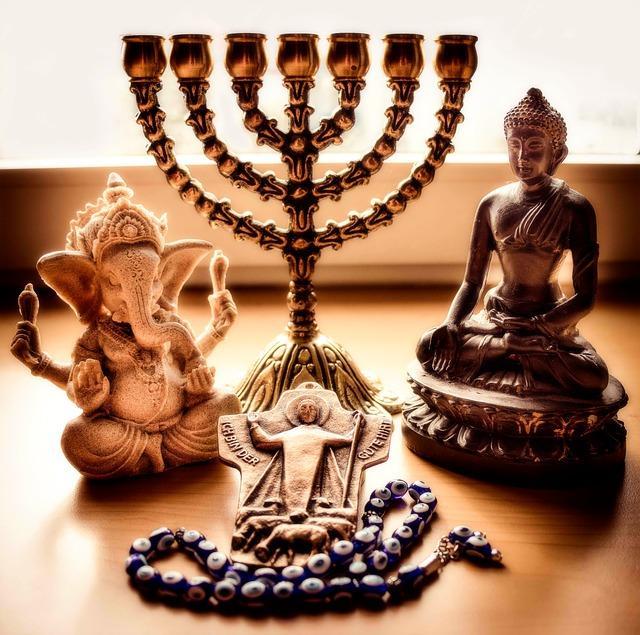 Paul Borthwick wrote[1]of being registered for a conference in New Delhi, India by a clerk who had her desk covered in pictures of Jesus.  Upon asking her if she was a follower of Jesus, the title of this letter was her reply.  Of course, to someone who understands the uniqueness of the Lord Jesus, such a statement is either grossly inaccurate, heresy, or an oxymoron.  If Jesus is who the scriptures say He is (Col 1:15-19) then he is not sharing the place of Creator and Sustainer of the Universe with anyone. He who said “All authority in heaven and on earth has been given to me…” is not ‘one of many’ deities.  To comprehend who Jesus is is to become aware that He has no rivals.  Jn. 14:6 precludes any competition for the role of advocate of all mankind. To embrace Christ is to understand what C.S. Lewis wrote, “I believe in Christianity as I believe that the sun has risen: not only because I see it, but because by it I see everything else.”  Lewis was absolutely correct. A proper presentation of the work of Christ and then an individual bowing before the truth of who Jesus is changes all things.

So why is such syncretism so common today?  Why have surface mannerisms of praying, singing, attending, and doing good works become a substitute for many who can’t actually articulate what the work of Christ on the cross accomplished for them?  I was reminded of this the other night after I completed teaching a class on Missions. One participant came up to me and then, being truly puzzled, stated, “Why did it take so long for you to make the gospel clear to the Iteri people?  Last week an individual who worked in ______ became fluent, shared Christ, discipled folks, and left behind a healthy church all in less than 3 years!”[2]  Such conversations are awkward at best.  It surely is no one’s desire to embarrass another brother, but sadly such questionable stories and time frames have been spread so far and wide that few today will ask the basic questions that such a story begs. The Foreign Service Institute puts the particular language this missionary referred to in category 4 (out of 5) of language learning difficulty.  I remember the week after week of 40+ hours that we put into learning the Iteri language AND culture for over 30 months spread over 3.5 years.  Remember that sickness, visitors, life, house, airstrip building and maintenance, traveling for visas, running a business (for many today, in the country they worked in, that’s the only way to stay there) all are realities during language learning years.  I think back to the many missionaries I worked with in my 13 years in PNG where I was a Culture and Language Acquisition consultant.  Rarely will I make a sweeping statement as I will now, but NO ONE is learning the ______ language, then making the gospel clear to those speakers, then discipling those folks to maturity, and planting a church in less than 3 years.  Something is fishy in that story.  Paul Washer and many others who have worked overseas will agree with me on this. The Hard Work of Missionary Efforts

The Achilles heel of missions today (and this is virtually unknown by supporters and churches) is that most missionaries are not adult level speakers of the language they are ministering in.  Too often we sound like children and our message isn’t taken seriously.  Our message is muddled by our confusing syntax.  It is ‘lifeless’ due to our limited vocabulary. It is stiff and repetitive because missionaries cannot make adjustments on the fly due to their inability to clearly hear and handle feedback. The ACTFL scale (American Council on the Teaching of Foreign Languages) is a useful tool for measuring proficiency in foreign languages.  Anyone can access these resources  https://www.actfl.org/publications/guidelines-and-manuals/actfl-proficiency-guidelines-2012, and any church can ask its missionaries to take an over the phone OPI (Oral Proficiency Indicator) test to see how capable it’s gospel workers are.  Keep in mind…this is ONLY testing a person’s knowledge of the language and leaves aside the equally critical component of knowing and testing their knowledge of the receptor culture.  This tool ONLY addresses ‘primary languages’. When missionaries move into secondary languages, the people groups who need to be reached, there is not an OPI process to facilitate a legitimate evaluation.  But, taking an OPI in a primary language can help a sending church know if its missionary is taking fluency seriously.

We are not the Apostle Paul who journeyed throughout a world that the Romans had conquered and then established the Pax Romana for 60-70 years prior to Paul’s ministry. The world Paul ministered in was culturally very proximate to the one he was raised in.  Paul never stopped his ministry of preaching, discipling, and planting churches to learn a language.  The Greek and Aramaic languages Paul knew beforehand (and possibly some Latin) enabled him to converse in all the locations he traveled to.

Even in Acts 14:11-13 where a local language Paul did not know made for some brief confusion; Paul does not ‘dumb down’ his speech or look for an interpreter, a ‘man of peace’.  His reply in (vss. 15-18), of which no doubt we have only a part of, is such that later they return Lystra to strengthen those disciples and appoint elders (vss. 21-23).  Even then, was Paul’s work there done?  No. He would later revisit that church in Lystra and from that very town a disciple named Timothy would join him.  All this to say that for modern cross-cultural missionaries to move to a country like China, Uzbekistan, Mongolia, Kuwait, PNG, Turkey or India and use Paul’s time frames is grossly in error.  Linguistic barriers do not come down quickly or easily.  Other worldly cultural hurdles take a similar type of serious pursuit to understand and that takes time and prodigious study.

I find it helpful to ask such ‘storytellers’ what type of system they used to learn the culture of the people they worked among.  I remember asking one missions teacher, after he gave a spellbinding presentation at my home church in San Diego, how he learned the culture of the people?  His quick reply (which I’m sure silenced many other questioners) was “The same way Jesus did…I hung out with the people.”  I stopped probing when his discomfort became obvious.  Unfortunately, that ‘method’ is pretty shallow and does not begin to account for the reality that most of us experienced GROWING UP in an American home. I was raised in California with a mom and dad and two sisters who taught me ‘the school system of California’ before I ever set foot in Kindergarten.  My dad taught me about the Navy, American values, holding down a job, baseball, football, and the evils of taxes before I was 7-years-old.  No amount of casual ‘hanging out’ by an adult American will get him inside the culture in 3 years.

There is a difference between speaking to the ‘skin’ of a person and seeing his mannerisms and actions possibly changed.  To speak to the core of a man, where he makes decisions that change the focus of his life and see ‘strongholds’ of the enemy torn down, we must speak to the heart level of a person.  Nelson Mandela said, “If you talk to a man in a language he understands it goes to his head. If you talk to him in his own language, that goes to his heart.” We must be taken seriously…in all ways.  To talk like a child is not always a bad thing. Before the advent of Google Maps, I often stopped and asked directions, sometimes even of children if I felt they could help.  I don’t mind an 8-year-old telling me a story about his day in school, his favorite sports hero, or about his part in the Christmas play.  But I’m not talking philosophy, baring my soul, or re-examining my life values based on the words of an 8-year-old.

Short cuts, such as seeking a Person of Peace to become our gospel go-between, inevitably ensure that a novice, at times even an unsaved person, is in charge of communicating the gospel!  It is any wonder that “Jesus is one of my favorite gods” is easily understood by many Hindus and Buddhists, or “Jesus was a wonderful teacher” by millions of Muslims.  Are those who are hearing a muddled gospel actually embracing the Jesus of scripture who saves?

[2]I’ve actually heard this individual present his overseas experience and politeness didn’t allow for me to question some basic elements of the story. Sadly, this is very common as folks listen to ‘exciting missionary stories.’