For the Sake of the Kingdom of God 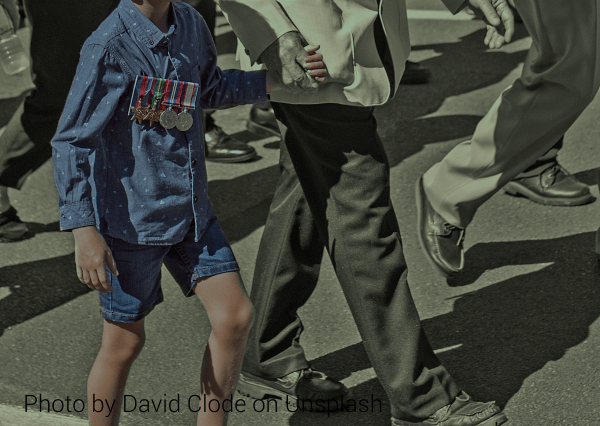 At times I feel a sadness for this generation and the things they will never know. Life before cell phones, before WIFI, before the ball and chain of social media and the instant information age. But, each class of students that I get to know at Radius reminds me that while some things need to be rebuilt, and others torn down, the faith once delivered to the saints resides in them as it did their forebearers. The same hope that saw their predecessors through to the celestial city has gripped them as well.

There is an unfortunate presupposition that has worked its way into current missiology that says some version of “This generation won’t pay the price that previous generations did. Therefore, we must alter the way we do missions.” From this presupposition, new and diverse strategies have been birthed to accommodate shorter time-frames, lower stress levels, and make more manageable the costs of missions in order to supposedly appeal to this generation. But not only does this run counter to principles we find in scripture, it is also counter to those who seek to gain a better resurrection…no matter the generation they were born into. Once someone grasps the love of God in the person of Jesus Christ and couples that with the brevity of life, there is no limit to the sufferings they will joyfully endure for the sake of their God.  Let me flesh out 3 reasons why this is true.

It is difficult to find long-term missionaries, especially those serving among unreached language groups, who have not memorized Luke 18:28-30. “And Peter said, ‘See, we have left our homes and followed you.’ And he said to them, ‘Truly, I say to you, there is no one who has left house or wife or brothers or parents or children, for the sake of the kingdom of God, who will not receive many times more in this time, and in the age to come eternal life.’” Peter, and the watching disciples, had just witnessed the Rich Young Ruler walk away from Jesus for a better earthly life. Peter then, as he often does, asks the question that others perhaps thought, but would not ask. We are the ones who didn’t flinch, what of us?

Just a few weeks ago, over two hundred of us participated in the graduation of the 10th Radius class. Those days are a mixture of emotions. The joy of seeing another batch of students that have endured the rigors of training and are now preparing to head ‘down range’ to put into action the lessons learned. As soon as the closing prayer is complete there are some graduates that are loading into cars and departing for the airport. Some will be on the field within days, some weeks, others a few months. And thus, the prevailing thought that hangs in the air that whole day is– this will be the last time we are all gathered together, this side of heaven. Each moment is savored, pictures are taken, tears flow more than on other days, but tears that are not without hope.

The glory of Luke 18:18-30 is not found in Peter and the other disciples. Neither is the glory of Adoniram Judson or Gladys Aylward or Nate Saint found in themselves and the lives they lived. The glory is in the God they served! Christ has promised that those who have counted the cost for the sake of heralding His name, His kingdom, will never be put to shame. The reason is that He will never be put to shame. Someday every knee will bow and every tongue confess who Christ is. Until that time, Christians have been given that specific task– heralding the glory of God in the person of Jesus Christ to the nations. This generation is no different, because their God is no less glorious than He was to their forefathers.

Thomas Brooks in perhaps his most powerful work, Precious Remedies Against Satan’s Devices[1], says this, “The flowers smell sweetest after a shower; vines bear the better for bleeding; the walnut tree is most fruitful when most beaten. Saints spring and thrive most internally when they are most externally afflicted.”[2] It is this strange Christian axiom that has been proven true throughout the ages. The more costly the service to the King, the more precious and plentiful the fruit that life produces.

This generation has been weaned on safety nets, fallback plans, and safe spaces by the previous generation. It should come as no shock that those who are now in Christ have no appetite for that value system. The fruit of ‘playing it safe’ has been lived out before their eyes in a milk toast, retirement-minded, pain dulling, mushy gray that is repugnant when measured against eternity. Those who have tasted that life want nothing of it. Even the secular world knows that if you risk nothing you gain nothing. How much more the Christian?

The gospel writer John, in the fifteenth chapter wrote this, “I am the true vine, and my Father is the vinedresser.  Every branch in me that does not bear fruit he takes away, and every branch that does bear fruit he prunes, that it may bear more fruit.” Suffering then is a gift from God for those who seek a better resurrection. While the flesh will always seek to find ways to mitigate, minimize, and soften the blow, the regenerate man intuitively knows that from pain comes fruit. This generation of Christians is awakening to the emptiness of flowery beds of ease. They long to win the prize, no matter the cost.

The promise found in the Great Commission should never be overlooked, “Go therefore and make disciples of all nations, baptizing them in the name of the Father and of the Son and of the Holy Spirit, teaching them to observe all that I have commanded you. And behold, I am with you always, to the end of the age.” Though Joe, Kiah, Ruth, Jeremy, Angel, and hundreds of others head to the field, they don’t go alone. The creator God, the maker of galaxies and worlds, has promised He will always be with them, to the very end of the age.

Whenever I think of alone, truly alone, I am reminded of the pioneer missionary John Paton and the night he spent in a tree hiding for his life. In his own words, “I climbed into the tree and was left there alone in the bush. The hours I spent there live all before me as if it were but of yesterday. I heard the frequent discharging of muskets and the yells of the savages. Yet I sat there among the branches, as safe in the arms of Jesus. Never, in all my sorrows, did our Lord draw nearer to me, and speak more soothingly in my soul, than when the moonlight flickered among these chestnut leaves, and the night air played on my throbbing brow, as I told all my heart to Jesus. Alone, yet not alone! If it be to glorify my God, I will not grudge to spend many nights alone in such a tree, to feel again my Savior’s spiritual presence, to enjoy his consoling fellowship.”[3]

While each generation has its own challenges, and is often blind to its own particular weaknesses, the sharp sword of scripture and the testimony of the Holy Spirit have always awakened dead men to the King’s battle. This generation will struggle through various hurdles that others did not have. But the unchanging God is still worthy of His glory, honored through their sufferings, and will hold them fast till their faith is turned to sight.