Some Wrong Assumptions in the Missions World 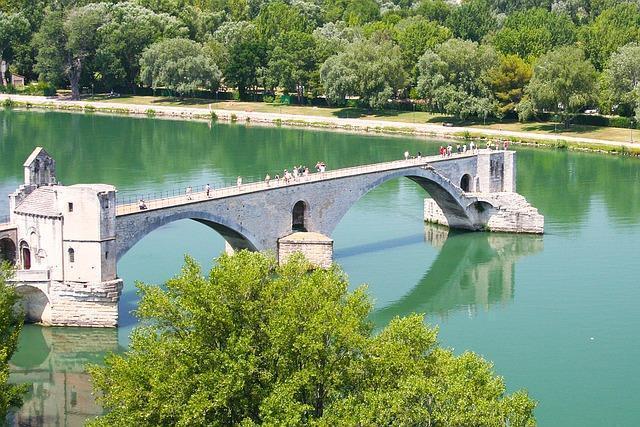 While on a recent trip (Baton Rouge, Orlando, Salt Lake City, Minneapolis), I was talking to an intelligent young lady who made the statement “I believe God can use His Word alone to bring men to Himself.”  I told her that I agreed with her completely. God COULD do that and many other things to make Himself known.  But I did make her aware that although God CAN do that, the reality that we see in His Word is that He consistently uses human vessels to make the gospel clear to men.  Ok, let me be the first to acknowledge that where a biblical foundation (or something similar) has been established it is possible that a Gideon Bible in a hotel room can be the instrument He uses to help someone overcome their last objections.  How wonderful!!!  But in pioneer situations, that’s just not the case. “God can use His Word alone” is just one of many overly simplistic tag-lines that too often provide the basis for foreign gospel workers to be unprepared to do the hard work of making His message clear where there has been no biblical foundation laid.

The term ‘cross-cultural church planter’ is all too often overly simplified.   Sharing the gospel here in our home country, where we have a common language & culture and a pretty fair awareness of the 3 or 4 ways that post-modern Americans view the creation of the universe (variations on the ‘Big Bang’ all the way to  “And God said…”) & the purpose of life, demands little to no additional culture study.We can usually listen to someone we are talking with for a few minutes and get an idea of his education level, maybe his economic level, his outlook on politics, ‘the right way’ to raise children, success, and even what he might see as moral and immoral.  Those background issues are so unconsciously noticed and the adjustments we make in vocabulary, speed of delivery, even body language are so taken for granted in our culture that it is easy to overlook the massive complexities hidden within the phrase ‘Cross-Cultural’.  It is common that evangelism methods that work well on a college campus here in the USA are tweaked a bit and used in India or China.  Eating rice or falafel, and drinking lots of tea doesn’t make us into cross-cultural workers. The fact that Chinese college students on their local campuses may have an ability to speak English can easily blind the young worker to the massive cultural differences that he has no way of knowing about.  Too often I hear stories of ‘converts’ actually just being nationals who like to hang out with the friendly college student from the west because the student can help his English improve.

“We prepare you to work with Muslims” is another claim that too often goes unchallenged.  Len Barlotti, who worked for years in Pakistan, made us aware years ago of the shallowness of such thought.  With the wide variations within the Muslim world, how could anyone feel prepared to work with rural Muslims in Indonesia and, at the same, time feel prepared to minister to wealthy Muslims in the Arab gulf?  This would be similar to someone feeling that they understand Buddhism and thus they are ‘set’ to work with folks in the jungles of Malaysia or downtown Beijing.  People are complex. The motivations, ideals, and values of a person’s heart are not easily accessed.  Without real language competency, those realms are NOT accessed.  Ways of witnessing, where do we start, what aspects of his animistic worldview are impacting the listener’s hearing?  These are not peripheral issues.  Not if we want to clearly proclaim the gospel clearly. The most important aspect of cross-cultural evangelism is NOT what ‘I say’.  Much more important is “What did THE LISTENER hear?”  Am I, the gospel worker capable of having that needed, respectable, mature conversation with him so I can have a good understanding of what he heard me say?  Too often ‘stand and deliver’ memorized stories, memorized questions, and memorized formats without the ability to nuance and adjust as we read our listeners have become the mode of the gospel worker when he isn’t really capable of speaking with excellence. At the end of the day, what is of utmost importance is “What message is the hearer hearing?”  If he embraces a gospel that does not cause other allegiances to be questioned, and ultimately set aside, he has not heard ‘the gospel’, no matter what we said to him.  What a tragedy indeed for a Muslim, Hindu, or Buddhist to embrace a poorly communicated message that did not cause previous religious allegiances to be re-examined. Adding ‘Jesus’ to a person’s existing life is all too common today.

“I don’t want to start a church, I want to start a movement.” is another expression that needs to be examined.  The term ‘movement’ today is expressing the idea of the rapid multiplication of churches that far and away outstrips the gospel worker from being a part of the vast majority of those multiplying churches.  The idea is exciting and who would not want to see healthy churches multiplying again and again and again?  Who would want to see the gospel move slowly if there are ways to make the gospel move outward and grow in a nearly ‘out of control’ manner?  Physical or Spiritual multiplication is exciting.  As a parent, it was wonderful to see all 4 of our children born and then have all four of our kids bring their own children into the world.  I’m sure at some point seeing great-grandkids will be just as joyous (A few years off I’m guessing!).  Too often I see potential workers who’ve never mastered one language, never made the gospel cross-culturally clear to one person, who’ve not discipled one foreign national to spiritual maturity in their native language overlooking these essential steps while focusing on the idea of ‘I’m going to start a movement’.  Some publications and agencies push this idea so strongly that to not see a movement develop can cause the gospel worker to ask “Where did I go wrong?” My wife and I have raised 4 kids who are now adults, but if any of them at age 5 were fixated on their potential grandkids that would have raised some questions in my mind.  There’s a lot of life that needs to be experienced before that stage happens for them.  Immature 12-year-olds may, in fact, be able to procreate. But most adults would see some cautions in that scenario.  Babies born to adolescents are a valid concern in nature.  And churches too, in the spiritual realm. Reproduction demands care, in any realm where humans are involved. We are not turtles who lay eggs on beaches and leave them behind.  Too often that is the picture of the CPM proponent.

Healthy multiplication is a wonderful thing…but unhealthy things can also multiply.  Cancer can also multiply quickly.  Today, the methods employed in such rapid multiplication commonly do not look to clear biblical principles of God’s word to make the gospel understood or in discipling new believers.  The cumbersome issue of having a biblically competent communicator is set aside by entrusting gospel propagation to babies and, at times, to non-believers or even boom boxes.  Having ‘Christian teaching’ washing over the ears of Muslim tribes is believed by some missionaries to be effectively used by God to bring about change. (Similar to the Koranic calls to prayer being blared out of the local Mosque.  Clear Koranic meaning is irrelevant to those hearers as the magic power of the sound of the Koran alone brings blessing to the faithful follower of Allah.)   ‘Doing SOMETHING’ may make us feel good.  That is why one missionary team in Africa put a boom box in their window so people would stop on the street to look.  A boom box blaring out unintelligible sounds made these gospel workers feel like they were accomplishing something. No missionary knew the language well enough to share the gospel so boom boxes in windows blaring Christian phrases in a related language became their substitute.  Just do SOMETHING, even if gospel confusion is being sown.  Can God use this?  Of course, He can. He is God. He can do what He chooses.  He can speak through clouds, rocks, or donkeys if He chooses.  But how much of our responsibility are we setting aside by adopting an ‘I believe God can…’ answer to the difficult issues of doing CP work cross-culturally?

Lastly, the idea that “I’m making disciples, I’m not focusing on a church” is one that commonly relies on the mistaken belief that mature churches naturally arise if there are enough disciples.Although that may be the case in a country where churches are common and people have that picture somewhere in their minds, in pioneer areas that’s just not the case. That issue is addressed in this article. This article speaks well of the primary focus of missions endeavors must strive for.  https://www.imb.org/2017/10/26/mission-church-planting/  Leaving behind healthy churches must always receive primary attention.

*To read more about the process of seeing a mature church established in an unreached area please see our CHURCH PLANTING OUTLINE.