The Courage to Reevaluate – Methods Do Matter 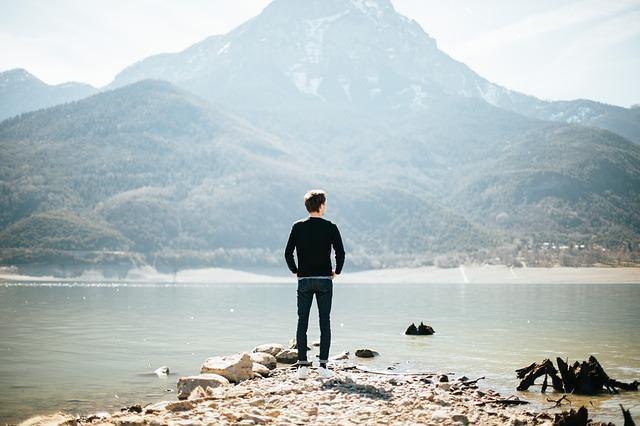 Over the years, Radius has trained roughly 150 students, the majority of whom are now serving overseas in a variety of countries. We hear back from them regularly. One of the things they commonly hear from other missionaries on the field is their regret that they didn’t actually get trained before heading overseas. These are good folks who absolutely love the Lord Jesus and desire to be used mightily by Him. But orientation, candidate school, and leading Bible studies in English in large American cities in no way prepared them for the stresses, frustrations, loss of privacy, and discipline it takes to master one, two, or at times, three languages and cultures. Despite this lack of training, once folks arrive on the mission field, it is difficult to look back. Goals have been set and expectations are clear for the missionary and those who sent him.

Recently that has begun to change. This year at Radius, we have two great couples who had the humility and courage to see where they were headed and make the necessary course corrections. After spending two years and five years in Asia, they realized they were spinning their wheels. A single woman who served in the “Stans” for two years saw the same thing and is here as well. Another couple serving in Eastern Africa for over three years has found themselves in the same position (“This isn’t getting us anywhere that’s actually strategic,” they said), so they have applied to be here next year.

It is hard to state how difficult it is to do such a reevaluation. The fanfare of departure, the excitement of supporting churches and individuals, assurances of the sending organization that “You are all set to go,” are hard to step back from. Encouraging emails have been sent to your supporters after you arrived on the field. You have “hoped for the best” and believed the Lord, pressing forward as best you know how—but still the realization sets in: “I don’t see this making a difference.” And life is hard in such locations, whether you are effective or not. One very sharp brother told me last spring that he was so discouraged when in Central Asia that he and his wife found themselves watching hours of Netflix every day. They literally watched ALL of the programming. This brother is now determined that folks from his church will never go out in the same unprepared fashion.

For the many who read this report, who know of struggling field workers, please know that we have been thrilled to have these field-experienced, yet very humble, folks here among us. Their experiences highlight the pitfalls and disappointments that many missionaries are still ensnared in overseas. Please pass this on to those you suspect may also need to recalibrate.

We are now one quarter of the way through our school year. We’ve completed 11 weeks of Basic Missiology, Phonetics, Culture and Language Acquisition, Biblical Foundations and Spiritual Foundations. Many other components will be built on these essential elements in the coming months. One book we work through in Basic Missiology is Effective Discipleship in Muslim Communities, by Don Little. Within a section regarding the issue of “Conversion,” the author asks the question, “So, what is conversion, and are there any aspects of conversion that are vital or even essential? Are there forms of conversion that by their very nature will lead to stunted growth and failed discipleship?”[1] That question has always been relevant, maybe today more so than ever. As the method known as “Disciple Making Movements” (DMM) is more widely embraced than ever, it is increasingly common for unsaved facilitators to “bring folks to Jesus,” while the gospel worker who is trained in the Scripture is taught that he is a detrimental force. Here is an article that states for the record (page 69 in the middle column), that “trained teachers…are something the Church Planting Movements (CPM) model purposefully seeks to overcome.” The content and confusion of the message that is being embraced by the listener—or, more commonly, added to the existing religion of the listener—is extremely hard to calculate. This is due to two reasons: one, in the rush for speed, capable teachers are seen as a hindrance (as this article on the necessity of speed within CPM illustrates). And two, within that rush for speed, a consistent push for gospel workers to be fluent in the local language is consistently downplayed. On the CPM continuum that the author lays out within this same article[2], between stage 0 and stage 1 (or anywhere else on the continuum) there is not a word regarding the issue of language and culture acquisition. Establishing a first generation of “Christians” (through unsaved interpreters, sign language, skits, evangi-cubes, watching a Jesus video in a related language) by whatever means possible, in spite of whatever gaps remain in their understanding, is the goal. Concerns over heresy are swept aside with the logic contained in this 6-minute video by David Watson, one of the leading voices in DMM: “Only educated people have led the church into heresy, unsaved people haven’t done that.” The logic is staggering. The confusing impact on the gospel is hard to calculate.

As we try and keep our ear to the ground on current missions concerns, one thing that we have heard a few times has been, “If the biblical basis for DMM and CPM is so thin, why aren’t more prominent voices speaking up about it?” It’s a fair question and deserves a reply. One reason is that destructive ideas (heresies) birthed in North America are more quickly discerned (e.g., “The Emergent Church” of a few years back), whereas those heresies birthed overseas (e.g., “The Insider Movement” of 25 years ago) take longer for sending churches to identify. By and large, DMM and CPM ideas are used in faraway locations out of sight of most sending churches. The vocabulary also seems innocuous at the very least, or even orthodox, until definitions are landed on. Still, the North American church is waking up to these historic departures. Recently, Brooks Buser, president of Radius International, was able to sit down with Mark Dever, senior pastor of Capitol Hill Baptist Church and president of 9Marks, to hear his views of CPM and the concerns he has with it. In the coming months there will be other voices we will post on various topics. It has been interesting to see the good feedback the CPM Debate has generated from a variety of evangelical leaders. For now, enjoy this short clip of Mark and Brooks’ discussion.

Our Lord stated with confidence that He will build His Church, and the gates of Hell won’t prevail against it. As our grads doggedly pursue getting into the hardest places on this planet—where governments are increasingly hostile and controlling about travel, permits, and valid entry strategies—the ramp-up work that precedes the gospel ministry only increases. Pioneer workers must be prepared for the decades of work ahead of them so healthy churches can actually be established. We praise God for each student that comes our way. Now, as some difficult topics of suffering, loss, loneliness, and growing old in hard places are regularly being put in front of them, it’s wonderful to see their convictions growing. Convictions that will guide them long after they leave our campus. What a privilege it is for each of us teachers who get to invest in them!