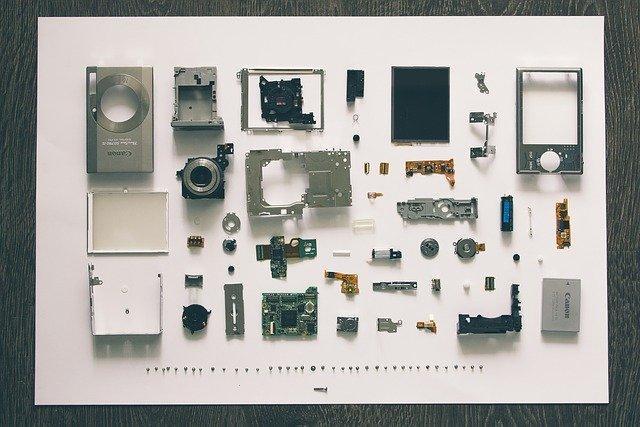 As many of you know Beth and I just came out of the jungle last week after visiting the Iteris over this Radius break time.  In the days before going in to the bush it was great catching up with some workers serving in the area.  Hearing stories of ‘victory’ and obstacles overcome, tragedies that were pushed through, discouraging seasons that were endured…some of those names are etched on my mind even as I write this.

Of course we also knew of, and heard of, some who had moved on.  Where loneliness, ongoing frustrations, lack of discipline, finally wore them down.  Those who started out hoping to plant a church… but now felt ‘called’ to something else were many. We also saw some GREAT team players, who kept a host of others going forward.

What I’m referring to here though is regarding those who ‘felt called’ to be church planters but who then fell back to an ‘another’ roll.  Every agency makes room for those who ‘gave it a try’ and finds a role for them to continue on.  No doubt every person who starts into a church planting ministry is planning to finish, so why is it that so few complete their task?

I was reminded of something that we at Radius talk about at length.  Reasons for not finishing at times, have little to do with not knowing how to learn a language and culture or an inability to know how to share Christ and form believers into churches. It is true that for those who have no Culture and Language Acquisition, or Church Planting training those omissions alone are usually ‘fatal’. But too many who have had CLA and CP training still don’t see a church planted.  So what is this ‘running thread’ for those who don’t stay and finish this task?  It is not intellect, testosterone, communication abilities, ‘podium presence’, love for family, passion, urgency or a host of other positive traits.

Obviously if I boil this down too tightly I will only beg the reader to chime in with ‘one off’ reasons people have left the front lines… so ‘Yes’, there are many that I’ll not address here.  Flagrant sin, revolution, anarchy, catastrophic physical debilitations… I get it, there are exceptions.  But it is rare that those are the reasons folks aren’t finishing.

What is that component I’m speaking of? Character; some may call it ‘grit’.  After our visit back to PNG I’m more convinced than ever that it is the character of the church planter that is ‘quietly’ the most essential element.  Of course this means he is walking with the Lord Jesus, confessing sin, and living out humility and other manifestations of the Spirit of God’s work in his life.  But surprisingly and sadly those components ‘alone’ do not seem to indicate whether that potential church planter will stay the course.  Our age has eroded the starting point of character to where what could be assumed years ago cannot be assumed today.

To endure frustrating partnerships and long term loneliness, shocking tragedies and unforeseeable difficulties, to see past faulty leadership personnel, or a government that is hostile to you, to push on in a location where you’re kids are not thriving, to be ‘the slow one’ on the team; all these are realities that most folks today are not ready to endure.  To rarely feel 100% healthy in this country you’ve come to minister in or to not feel 100% at home in this new land… the new worker is rarely prepared to battle through years of that.  “Did God really send me here?” commonly leads to “I think God is leading me out of here”.   To show tenacious, focused, discipline with something so simple and basic as Facebook, Social Media, Skype, and Internet usage is rare today.  That area alone is a quiet cancer slowly eating away and causing “How do I feel now?” to rarely be far from the missionaries mind. These character flaws (And today many missionaries don’t see their relationship with the Internet as an addiction, unless pornography is a part of that.) are so common today that it is no wonder that the long-term focus of the missionary is often not there.  How I feel NOW is more critical today than ever before.  “Am I appreciated, connected, hearing from, followed by, or responded to?  Are my posts and blogs read or ‘liked’? Can I see and sense the efforts of my last few months as moving me forward?  Are my wife and kids feeling fulfilled, or even safe?”  These questions today can rarely endure a long season without positive answers. The grit to work, minister and endure in the midst of quietness and difficulty – fully incarnating where he is – is a character trait that is hard to quantify.  In training, some can develop that… if it is seen as critical. Casual references to ‘hanging tough’ are not enough.

The scriptures are clear about the mindset we are to adopt.  Jesus words in John 12:24 speak of the necessity of the kernel of wheat falling into the ground and dying before life comes. The BURIAL and the aloneness of the seed are critical components; Jesus is not being dramatic or speaking in overstatement, he modeled just that.  The kernel is SEPARATED and vulnerable; you don’t bury ears of corn, but kernels.  The kernel incarnates into the ground.  Bringing your social media circle with you seems at odds with this concept.

From the outset of Paul’s ministry, the Lord made clear to him what great things he would suffer for the sake of the name, Acts 9:16.  Paul was alone for years before coming to Jerusalem, Gal. 1:17,18.  Paul was seeking the approval of One being alone, Gal. 1:10. Paul lived out a message of costliness and passed it on to the new converts wherever he went, Acts 14:22. Paul’s single focus was not on ‘how he was feeling’ but he was squarely focused on “FINISHING THE RACE, RUNNING IN A WAY TO WIN”. This is what he knew the Lord Jesus had set before him… and he encouraged all to have that mindset, Acts 20:24, I Cor. 9:24, Phil 3:15-17.  Paul specifically encouraged Timothy to adopt the mindset of a soldier… one who has lost all rights and expectations of a life lived based on personal fulfillment.  Soldier’s lives are dictated by the goals of another, II Tim. 2:3,4. Peter, too, speaks to us clearly regarding our ‘alien-ness’ in this world where he reminds the very ‘this-is-our-land’ centered Jewish Christians that they are ‘strangers, scattered, aliens and pilgrims in the world’, I Peter 1:1, 2:11.

It is character and grit that enables some workers to follow Paul’s words in II Cor. 4:18, “So we fix our eyes not on what is seen, but on what is unseen.  For what is seen is temporary, but what is unseen is eternal.”  For the man or woman today who cannot summon that capacity to live long term focused on eternal satisfactions… his pioneer church planting experience will most likely be short indeed.   Any training that doesn’t see the character of the church planter as the primary component is only equipping someone who probably won’t be there very long anyways.