The Lure of Later 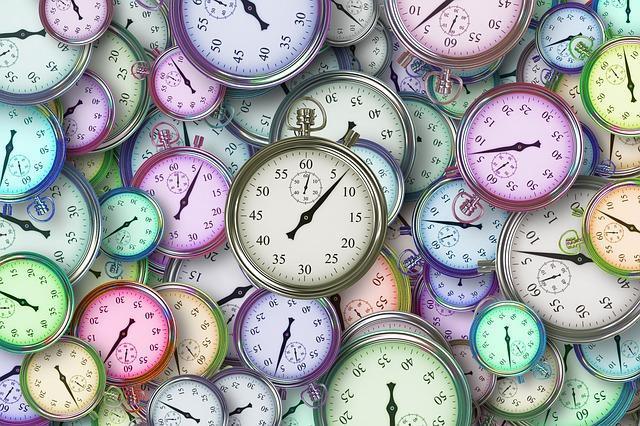 This time of year Beth and I do a lot of traveling and connecting with students who are in or just out of college.  Whether North Carolina, Des Moines, Tuscaloosa, Huntsville, Salt Lake City, Minneapolis, Rochester MN., Chicago, or Anchorage, some of the common questions that future workers have about committing to this task are …  “What about my parents?  Should I get an advanced degree? Should I be a sender? What about my student debt? Should I mobilize others to go?” All those are worth discussing and we spend a lot of time doing that, but the question that many ask is “Should I step out now and head into training, or wait for __________?”

Addressing the issue of timing is important and very valid.  Some of these candidates have home churches that are concerned about their character or capacity to function overseas.  Other times their home churches don’t really know them well enough to endorse them in pursuing a future in missions.  There are also those who have medical issues that can be cleared up by delaying for a period of time.  No doubt there are other reasons to delay. (The ‘College debt issue’, one that has historically stopped many, is now addressed by an agency called The Go Fund. You can find them on the Radius website.)

But, for the most part, delays are ‘self-imposed’, and this is tragic.  The majority of those who read the words of Jesus, who are moved by the directness of His last command and the reality that there are still over 3,100 language groups without the gospel, are mostly delayed by their fears (covered over with ‘reasons’) of stepping into the unknown. Let’s be honest, anyone who isn’t somewhat fearful probably hasn’t looked at the price of long term missions seriously.  So, the fears do have validity and, without clinging to His promise to GO WITH US (Matt. 28:20), those fears might stop us in our tracks.  Yet the tendency of many is to cover the fear issue with ‘reasons’ to delay their entry.  How many gospel workers are lost to the battle before they even start?  New reasons magically appear 12 months later.  New situations, ‘unbelievable’ ministry or job opportunities, getting an advanced degree, romances, pressures…the list is endless and a season of life when that person is open (still afraid, but ‘open’) gradually passes them by. Making personal adjustments to what God has made clear is dicey.

In I Samuel 15, Saul was given crystal clear instructions (vss. 2,3) to completely destroy the Amalekites. The instructions were not hard to understand.  Yet Saul made a few little adjustments.  He made a decision, on his own, to bring back King Agag and the best of the sheep and cattle (vss. 7-9). “Hey come on…every conqueror brings back vanquished kings, I’m just doing what every other conqueror does!”  And when Samuel pointed out to Saul that he had not actually obeyed God’s command (vs. 14) Saul’s reply was, “I’m NOT BEING DISOBEDIENT, I’m going to sacrifice them LATER, I’m merely delaying my obedience!” (vs. 15) The problem then, and now, is that God doesn’t ask for delayed obedience.  When He speaks to us He expects us to respond…now.  For most folks who consider missions, but then put it off for their own reasons, it’s rare they retain or recover that focus. Our enemy is cunning and very creative in introducing further reasons to delay.

In Gen 22:1-3, we see the heart of obedient submission that Abraham demonstrates in the midst of a brutally difficult command.  I have to wonder…did Abraham know that if he waited he may figure out a way to ‘reinterpret’ what God had made clear to him?  Regardless, of all the details within that story that we are not privy to, God wanted all later generations to see that Abraham got up the NEXT DAY!  I’m quite sure Abraham had numerous things that he had planned for that whole week.

The legitimate fogginess regarding “How and where do I start to become a pioneer church planter?” is now pretty easy to address.  We had over 200 folks on campus at Radius Day last Friday seeing what that first step looks like.  Students and staff alike shared what the program is doing to equip front line gospel workers for the task of reaching every tongue, tribe and nation.  How great it was to meet with over 40 pastors and give them a clear picture of what is currently going on in missions, “Why is it we send so much money and so many lives overseas and are making so little progress in actually seeing churches planted among these least reached languages?”  Nearly 50 potential students were here with us, too. Some brought their moms and dads to check out this ‘first step’ of their journey.  Yep, Radius Day this year surpassed all our expectations (we literally had to shut down the website sign up link 3 weeks beforehand as we ran out of space).  Those who attended went away with a much greater understanding of what it will take to bring the gospel to every last language group.  As anyone who has graduated from Radius will tell you, “I didn’t know how much I didn’t know.”  Much of the fear of the unknown is removed in the 10 months here.

We are now settled back into the daily routines: sitting in a cold classroom building for 4 hours a day, eating in a cold dining hall, sleeping in cold apartments.  Having no heat all day long and no place to get warm does wear on folks.  Yet, reading the newsletters from our graduates who live in Asia and the ‘Stans’ and the temperatures they endure without heat makes the preparation here appropriate.  In reality, we can’t come close to getting our students ready for the sub-Sahara desert heat but the lack of A/C in the summer months does give a tiny taste of it. “You’re tougher than you think you are” is something that students learn while here, and enjoy seeing about themselves.  ‘Stress avoidance’ is not the way the program runs.  Learning to handle stress, long term stress in particular, is mandatory for those who would live long term in pioneer situations.  We don’t have to ‘make things stressful’; life here just is.  Most folks in Mexico do not have heat or A/C in their homes and living locally/incarnationally is something we are advocating as much as is viable.