The White Noise of Missions 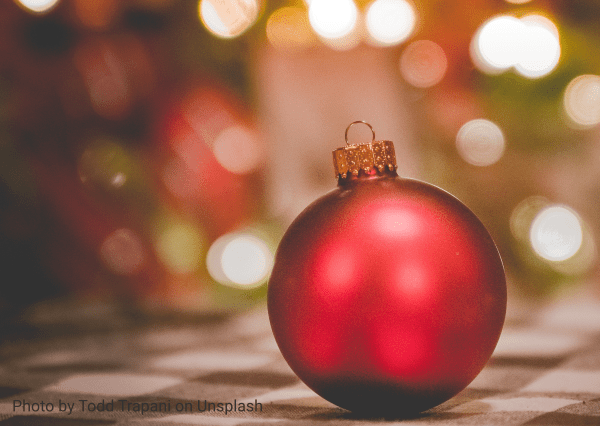 I will confess I love walking around the malls here in San Diego during the Christmas season.  After years of sweat-soaked Dec. 25th mornings trying to ‘get the feel’ of the Christmases I’d known before, it’s just enjoyable to walk around, smell cinnamon and such, and then enter a bunch of stores I’D NEVER GO INTO the rest of the year!!  The songs that play over speakers in Target, Macy’s, Home Depot and points in-between still blare out the gospel on a regular basis.   I love that!  “Hark, the herald angels sing, glory to the newborn King!” “Silent night, holy night!” “Joy to the world, the Lord has come!” and so many others.  How can a follower of Jesus not find joy in our Savior’s name and message being blared out by unregenerate loudspeakers?!  Yep, even hearing Danny Kaye and Bing Crosby sing White Christmas makes me feel warm inside.  I’m rarely accused of being sappy, but this time of year I get that way.

Of course, while walking around a mall few people actually listen to those words.  The songs are merely nice background music for many as they put their Visa cards down to buy another sweater.  It’s called ‘white noise’.  Pleasant sounds that you barely notice.  We had white noise too in the jungle the Iteris lived in. There being a constant din of cicadas, frogs, birds, crickets, lizards, more birds, asibuwemis and similimutus (Sorry, I’m not sure what they’re called in English).  Depending on the time of day the jungle was never silent; a different display of sounds were always playing.

In a very similar way many Christians ‘hear’ the Great Commission of our Lord delivered in Matt. 28:18-20.   Some can quote those historic marching orders, although too many can’t.  And yet many in churches would be hard-pressed to know what is the specific content of that Great Commission.  One surprising aspect of this is that many, even some in the ‘missions world’, the professionals who are educated about those orders, still do not measure their efforts by those orders.  In many respects, His mandate has become white noise to His church.

Our Lord’s clear command that His followers are to go and make disciples of all nations (‘panta ta ethnie’, every ethnically/linguistically differentiated people group) plays in the background as His church is often busy with a variety of efforts, EXCEPT that of focusing on reaching those language groups that have no access to the gospel in their language.  Stunningly there have even been recent articles written from the point of view that there is too much focus on reaching language groups!  This was more the authors ‘gut-feeling’ and not supported by data that shows these groups are being reached.  Granted, focusing on actually seeing every language group reached does by its very nature call into question other efforts that continue to drain precious resources into peripheral efforts. No, this is not an either/or situation.  We can do both, we should continue planting churches in areas that have linguistic access to the gospel.  But the proportions are WAY off.  I’ve been in too many churches that have large missions budgets yet have none of those efforts focused on going to the ‘ethnie’ that has no gospel work being done among them.

Too often His church has approached His Great Commission as if we were standing at the counter at Baskin and Robbins, looking over a wonderful variety of interesting ice cream possibilities, and then we pick out ‘our choice’ of what we want that day.  (That visual is killing me. I’m in the middle of doing the Keto Diet, so a trip to Baskin and Robbins is not in my future.) “I’ll take a bit of well-digging in Africa, with a dollop of human trafficking, a pinch of working in an orphanage in Thailand, and let’s throw in supporting a couple local pastors in India.”  I KNOW that is an overstatement, but not by much.  (I can see the offended replies coming already.)  But the point is that our Savior’s words, in such ways, become mere background noise that does not hem us in.  We do missions ‘our way’, or our church’s way.  Frequently sending agencies are no better.  Their ‘big-tent’ approaches often belie the reality that they’re actually not familiar with the challenges of getting to, and staying among, those last language groups.

The difficulty of getting to those last groups takes a focus, a preparation, and a willingness to keep pushing forward that exposes our amateur efforts (a term Ralph Winter coined) and ‘go with our gut’ style for what it is.  Our Lord’s prioritizing, and it would seem Paul’s prioritizing in Romans 15:20, gets very little attention.  Yes, it’s been 2,000 years since that mandate was given to His church and we all know that ‘mission drift’ is common. Whether it is schools, Universities, para-church endeavors (see World Vision), or sending agencies.  And sadly many churches, too, have allowed drift to occur.  Churches that would never question the authority of scripture, the deity of Christ, the unique salvific work of Christ’s atonement…when it comes to being hemmed in by Jesus’ words in Matthew 28:18-20 they feel more liberty to be creative and unique. “In our church we like to focus on…” is seen as a totally viable approach to missions.  Today with over 3,000 languages with no healthy church among them it’s time to regain our focus and make the difficult decisions that accompany that.

When I served as missions pastor in my church here in San Diego we created policies that stated the focus of our church in the realm of foreign missions. Then we had another set of policies that laid out the traits and pre-requisites of those workers who we would be sending overseas.  We expected people sent from our church to take their guidance from our church.  Even in the midst of that I commonly had folks coming to my office telling me of ‘their burden’, ‘their plan’, and ‘their goals’. At that point, I would have to gently explain to them that our church’s missions’ monies were not about them fulfilling their personal goals, even if in Jesus’ name, but about completing the Great Commission.  Some could get on board with that and submit to their church leadership. Some left to find other churches that had broader goals.  (Actually, no real goal except to keep ‘doing something’ in the realm of missions.)  When we think of the tens of thousands of healthy churches just in North America alone it’s stunning to think we can’t effectively target these last remaining people groups.  Yes, let it be clearly said, there are some churches that are wonderful exceptions to this.  But the age we live in militates against submitting to the authority of others, even to our Lord’s words.  Whether it’s Danny Kaye and Bing Crosby singing White Christmas and letting the melody lull us to sleep or reading Matthew 28:18-20 so many times we fail to take it seriously…both of the outcomes are soothing but fail to change anything eternally for those outside the sound of the gospel.  This article, One Question Every Church Planter Should Ask, by Kevin DeYoung, speaks to some of our ‘doing our own thing’ type of an approach even within church planting endeavors.

Let’s wake up Church!  Jesus meant what He said.  He wants this done.  Let’s regain the focus and the ability to harness our efforts that it will take to see His mandate accomplished.