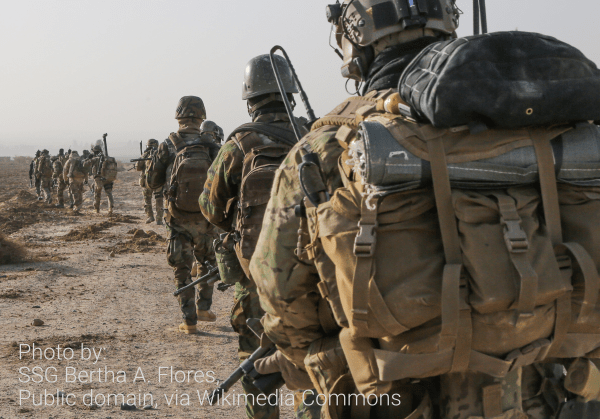 Spend any amount of time in the Radius circles and you may hear stories of a six-foot-six, 230lbs, muscle-bound Navy SEAL that runs our students into the ground every morning during workouts, teaches them to live off of three hours of sleep each night, get out of impossible hostage situations, and occasionally how to leap small buildings in a single bound, all in the name of planting churches. I am sorry to tell you that none of those things are true. It may even be disappointing for you to learn that we in fact don’t have a Navy SEAL on our staff.

While I was never a Navy SEAL, and may even cringe a little every time I hear someone refer to me as one, I did have the pleasure of serving our country as a Special Forces Soldier (Green Beret) in the United States Army. However, for the last six years, I have served as a member of the on-site staff for Radius International on our campuses in Mexico and I cannot help but compare the similarities from my time in the Army’s finest training and work environments, such as the Special Forces Selection and Assessment (SFAS), the Special Forces Qualification Course (SFQC), and on an Operational Detachment Alpha (ODA), and what we are training for here.

Now, before I lose some of you, I do need to say that we are not training any type of secret super-soldier or elite missionary that is going out to do something that no one else can do. Rather we are training men and women to rely on the Lord to produce fruit for His glory through the faithful living, ministry, and gospel proclamation of his servants. (1 Cor 2:1-5)

My simple aim in this article is to share with you a few of the benefits of the Radius training program through the eyes of a Green Beret. Perhaps even to convince some of you who are thinking about moving overseas to make Christ known and participate in The Great Commission that rigorous and deliberate training can be God’s gift to your ministry. Our country doesn’t send untrained men and women to the most dangerous parts of the world to work in isolation and behind enemy lines; they don’t even send decently trained soldiers to do that. They only send their best and most thoroughly trained. Shouldn’t we do the same? The stakes are much higher; after all, they are eternal.

Four Observations about the Similarities of Special Forces’ and Radius’ Training

You may have heard a military saying that goes something like this “If it ain’t raining, then we ain’t training!” There is a lot of truth to that saying. Other than jumping out of planes, I don’t ever remember a training or actual combat event being called off for bad weather.  We don’t want soldiers that are easily sidetracked or discouraged from accomplishing their mission. We want our soldiers to be unconcerned with the inconveniences of bad weather and circumstances.

We don’t want church planters that are easily sidetracked or discouraged from accomplishing their mission either. We teach our students to be goal-oriented. We equip our students to resist being sidetracked by good opportunities, bad situations, distractions at home, and the myriad of setbacks that are in store for them. They need to be mission focused, and that mission is to leave a healthy, mature church among a people group that has never had one.

I remember briefing a conventional Army unit on a mission I would lead.  I told them that we would walk roughly 10 miles to our objective in order to be 24 hours ahead of our planned operation so we could observe the target before the rest of my ODA and our main assault force arrived. We would walk there with all the food, water, and ammunition (not to mention the radios and batteries we needed to communicate back to headquarters) that we would need to sustain ourselves for the next three days. After I finished speaking, the leader of this Army unit pulled me to the side after looking at the map and told me in no uncertain terms that my plan was not feasible. In his opinion, there wasn’t any way that his men would be able to move that far, with that much equipment, and still be functional at the end. I have to admit that I was a little taken back to hear an Army officer tell me that about his unit. Actually, I was dumbfounded! To me this seemed like everyday army stuff. Nevertheless, I reassured him that he and his men were capable of not only completing the mission but doing so successfully, and we did. We walked in, conducted our portion of the mission, went home, and told everyone all of the grand stories that get told after such missions.

It wasn’t until later that I was able to think about that officer’s response and make sense of his fears and why my response was so different from his. My conclusion was that he became fearful for himself and his men because he was about to put them in a situation that they had little training in. They hadn’t regularly trained to walk miles on end and conduct combat operations; therefore, he didn’t have a baseline for how his men would respond to that type of stress. On the other hand, my teammates and I had plenty of experience walking many miles and performing missions under heavy loads in less than ideal conditions. We knew how our bodies and minds would respond. This gave us a lot of confidence to plan missions that were outside of the “conventional” mindset, because we knew what to expect.

We train like this at Radius and, as a result, we see our students face the challenges of cross-cultural living and work with this the confidence necessary to not become paralyzed and ineffective. Just as David drew confidence from the Lord through his past experiences when he convinced Saul to allow him to fight the giant Goliath, “The Lord who delivered me from the paw of the lion and from the paw of the bear will deliver me from the hand of this Philistine.” (1 Samuel 17:37), or how the Lord strengthened Israel by reminding them over and over “I am the Lord your God who brought you out of the land of Egypt…” before telling them what to do next. I am not speaking of arrogance that says, “Don’t worry, I got this.” Rather it is the calm confidence to walk into situations with the experience of knowing that the Lord has walked with them through similar situations while training at Radius.

I can’t describe the overwhelming trust that well-trained soldiers have for one another. I’m not talking about a blind trust or youthful gullibility.  I am talking about being in a room full of men that I knew what I could count on them to do because of the training that I knew they had received. It was the same training as mine, and the standards of the SFQC had not changed over the years. This base level of understanding allows the team to train in more advanced areas with greater consequences because the starting line is further down the road.

I remember going to the firing range for the first time when I was brand new to a team. It wasn’t like being with my conventional unit where every third person was a safety officer, and you couldn’t shoot more than 30 rounds at a time and then had to wait on everyone else to finish so that everyone could clear their weapons and walk to their targets together, only to wait for everyone to walk back to their firing positions and do it all over again. Being on an ODA was a completely different experience. When we went to the range, we identified our targets and conducted our drills and fired as needed. When we were ready to check our targets we walked down range while our teammates shot at targets that were mere feet to our left and our right. We did this not only because we trusted each other as men but we trusted the training that we received.

People ask me frequently to give them a reason why someone should go to Radius before they go to the mission field. My number one answer is this: you should go to Radius because you will meet men and women that you will be able to trust on the field. You know the level of training that they have received, you saw how they operated in difficult circumstances, you know the standards to which they performed, and you lived life side by side of them, seeking the Lord for help and grace through your experiences. And it is from these people that you get to choose teammates. What a wonderful gift!

In all my years in the military, I have never met a single Green Beret, Navy SEAL, or Delta Operator that thought they were anything special. The simple fact is that they really aren’t. By in large, the Special Operations community is made of average men that do many average things. The difference is that the men who make up these ranks do average things well. Because of years of dedication, practice, and commitment to their craft, Special Operators are often seen as super soldiers, when, more often than not, they are simply completing many of the same tasks that all soldiers are supposed to be able to do but these men have committed to being excellent at them thereby earning the right to be in more of the “right places, at the right times.”

Radius students are no different. They aren’t special. They are taking on a special task, but special individuals they are not. What they are is committed: committed to being excellent language learners, teammates, business men and women, and proclaimers of the gospel. They are men and women, who because of their commitment to the Word of God and godly excellence, find themselves in situations to be used by Him. Their training at Radius equips them for the demands and uncertainty of normal, mundane, hard, and wonderful cross-cultural life and ministry. 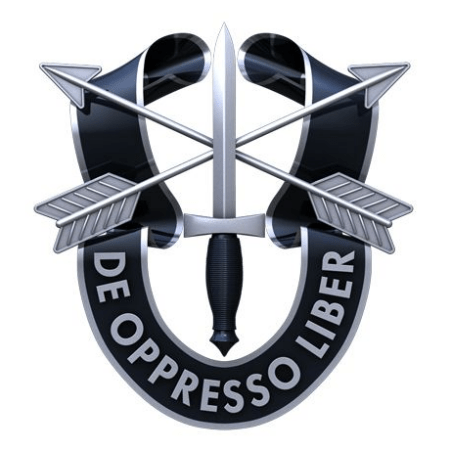 Colt Deopp currently serves as a Campus Director for Radius International, in Mexico where he and his family have lived and served for the past six years. Prior to serving at RI Colt served with a veterans service organization, as a pastor, and prior to that as a Special Forces Intelligence Sergeant (Green Beret) in the 3rd and 19th Special Forces Groups (Airborne) in the United States Army. Colt and his wife Elizabeth have three children and have been married for 22 years.