Where Are The Men? 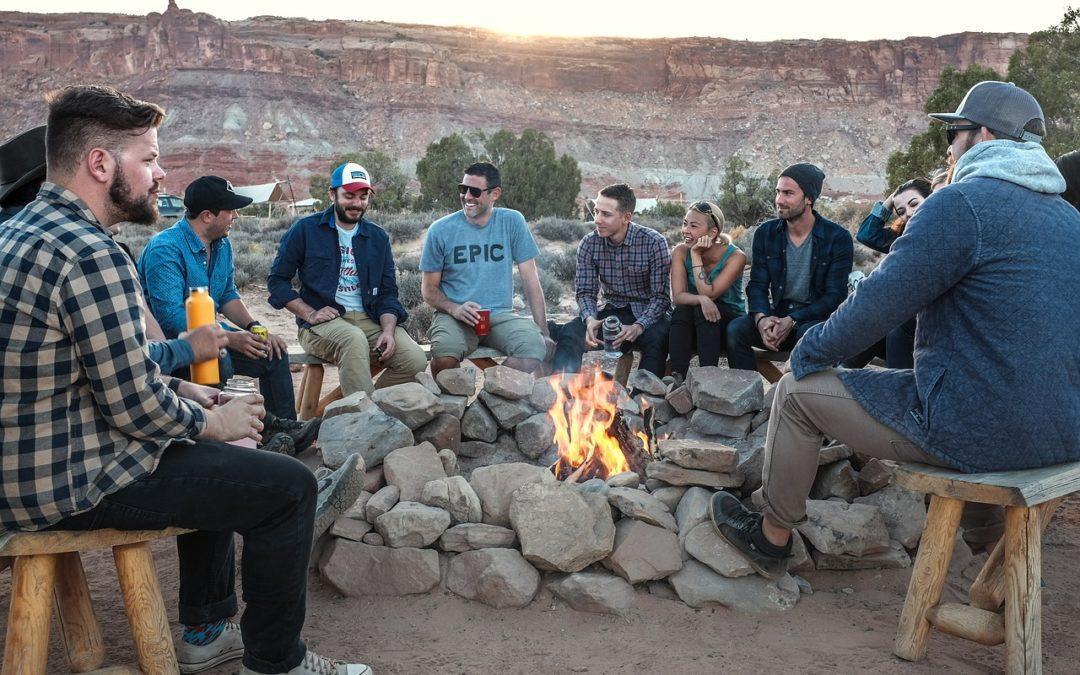 The topic of young men is much on my mind these days. In less than a month, my wife Nina and I will send our son off to university and the opportunities and perils that it brings. In anticipation of this milestone, we recently finished reading together the short and very commendable book, Thoughts For Young Men, by J.C. Ryle. In it he asks,

Who are the most backward about means of grace, the most irregular about Sunday services, the most difficult to draw to weekly lectures and prayer meetings, … who require the most frequent warnings and rebukes, who occasion him (the pastor) the greatest uneasiness and sorrow. … Depend on it, his answer will always be, “The Young Men.”[1]

When I was overseas, there was an oft-quoted one-liner that went something like this: “Single men who love Jesus, have normal social skills, and are seriously committed to long-term missions are unicorns. If you find one, trap it so we can study it and find out where they come from.” Another common remark was, “Two-thirds of missionaries are married couples, the other third are single women, the rest are single men.” It was a less painful way of reminding ourselves of the reality that single men are rare in missions today.

Where are the single men that stand up and wish to give their lives to see God’s glory spread to the last “nations”? It is lamentable in our time to see so few who are capable of and serious for the cause of cross-cultural missions. At Radius this is also the case, although this year is a welcome anomaly. Every time the admissions committee receives an application from a single young man, with good references from both his church and his peers, there is an almost palpable excitement felt. Why? Because it’s so rare!

So why are there so few single men in missions, or in the missions pipeline? The most common answers are: pornography, student debt, and bad dating choices. Pornography is chewing at the root of the Church, so it is no surprise that the effects are being felt in the Great Commission effort as well. “Pornography lurks where missions doesn’t”[2]has seemed too often to be the case. Student debt is less complicated. At Radius we continue to praise God for The Go Fundand the unique relationship we have with them to help our graduates in an incredible way. Marriage is more complicated. I speak quite often to young men in college who explain that their girlfriends and fiancées “are just not that into missions now.” The tragedy is that “just not that into missions now” almost never turns towards missions later.

In the same breath that I lament the loss of so many brothers to the fight, I want to commend the sisters who are worthy of so much honor. The remarkable heritage of single women includes Amy Carmichael, Lottie Moon, Betty Greene, Gladys Aylward, Mary Slessor, and many unnamed that the world was not worthy of. The fortitude and endurance of these women is still remembered today because of their unwavering commitment to the God of the ages.

At Radius, Nina and I often think of and pray for our single sisters who are shouldering incredible tasks in the Middle East, North Africa, and Asia. We think often of Kalee, Gillian, Liz, Jessica, Jaime, Halle, Elizabeth, Heather, Jayna, Analise, and so many others we have had the privilege of helping train, who are in some of the most challenging circumstances. They face the difficulties of support-raising alone, navigating questions and stares in new environments, wearing constricting clothing, quite often enduring much that men would not, at times being compromised, and still…they stay. It honestly brings tears to our eyes when we read their letters. I believe Jesus had them in mind also when he said in Matthew 19, “And everyone who has left houses or brothers or sisters or father or mother or children or lands, for my name’s sake, will receive a hundredfold and will inherit eternal life. 30 But many who are first will be last, and the last first”.

But this does not help us with the problem of finding our single brothers who are to be about this task. Are we to believe that God desires single women to go to the field at over three times the rate of single men? Has God destined single men for flowery beds of ease while their married brother and sisters, and most especially their single sisters, fight to win the prize? I don’t believe any reasonable Christian would agree with that.

If there is ever to be a turnaround in the rate of single men going to the “nations,” I believe it will begin with the Church and with parents. There is a war to be fought, a King to fight for, and a commission to be completed. As parents teach the examples of Daniel, David Brainard, Henry Martyn, and the apostle Paul to their young boys, it will cease to be a logical or spiritual leap for them to give their lives in like manner. As the Church holds forth the example of following Christ, no matter the cost, even at the risk of losing out on much that men can take hold of in their youth, young men will follow. The American dream must be drowned out by the reality of a greater dream, the fleeting mist of this life constantly remembered, and the position of being aliens and strangers in a foreign land, waiting for our true country, has to be taught. Young men can be impacted with God’s heart for the nations, but it begins with parents and is fortified by the Church.

I remember often how Elisabeth Elliot recounted a conversation she had with Gladys Aylward regarding being single and the husband she was hoping would make it to China.

“Miss Aylward talked to the Lord about her singleness. She was a no-nonsense woman in very direct and straightforward ways, and she asked God to call a man from England, to send him straight out to China, straight to where she was, and have him propose to her.”

I will never forget what she said next:

“With a look of even deeper intensity, she shook her little bony finger in my face and said, ‘Elisabeth, I believe God answers prayer. And he called him.’ And here there was a brief pause of intense whisper. She said, ‘He called him, and he never came.’”[3]

Oh, may the young men we raise be soldiers of the cross, followers of the lamb, at all costs. May parents have enough courage to teach their young men that there is a God worth moving to foreign lands for, worth raising their grandchildren to learn Swahili, Arabic, Hindi, and Mandarin for. May our churches hold up thenobility of the Great Commission over dreams of health, prosperity, and “good” earthly families. May we inspire our young men to a glorious task that will outlive their short and fleeting time on this earth.

“Young men of the present day, you are wanted for God. … A wide field of usefulness is open before you, if you are only willing to enter upon it. The harvest is great, but the laborers are few (Luke 10:2). Be zealous of good works. Come, come to the cause of the Lord against the mighty.”[4]