You Play How You Practice 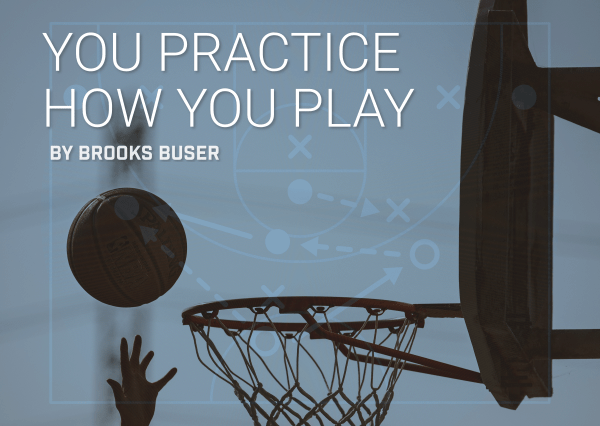 “Training matters. If we are to see the last of the “nations” reached it will not be without tears, bloodshed, and sacrifice.”

My junior year in High School we lost the championship basketball game to our archrivals. It was a brutal let down for a 16-year-old with NBA aspirations. But we also lost our coach, which in hindsight turned out to be fortuitous. The new coach that came in was a retired Army Special Forces operator and his manner of conducting practice was new to myself and the other 12 guys who made the team.

Gone were the days of 10-minute layup drills, zone defense and “atta boys”. We sprinted till we threw up, we had 3 versions of the press and we ran one of them all the time, but most of all we practiced every second as if it were the last of the championship game. We didn’t lose a game that year and blew out the same team in the finals by 37 points. I lay the victories of that whole season down to the practice sessions that coach Dunn put us through.

For the modern missionary who is attempting to get to the last language groups on the face of the earth (roughly 3,200 left with no gospel, no disciples, and no church) training is of paramount importance. Without adequate training how do you get a sense of what the battle will be like, how do you know what to do when the “bullets’ start flying. The army knows this, and the Apostle Paul knew this as well.

In II Corinthians chapter 9:25, Paul makes the point that every athlete (the obvious assumption is the serious ones, the ones who want to win) goes into strict training. Then Paul applies it to himself when he says, “I beat my body, I make it my slave”, why? “so that I would not be disqualified…so that I might win the prize!”  He’s not talking about salvation, he’s talking about what it takes to live a life that will glorify the King, all the way to the end.

Paul knew were not enough. A “willing heart” was not enough.  The most tender-hearted, best theologically trained individual was not enough. Strict training (mind and body) were in order for the serious follower of Christ who wanted his life to count. Training mattered.

There is a fallacy that exists today that ‘millennials’ will not pay the price to see the gospel go to the last places.  They will only last till they get bored or things get too difficult. I would say that charge is accurate, but it’s accurate only as far as they’ve been exposed to one method (manner of training) of conducting ministry. If 2-4 years overseas is the bar, they will rise to that bar. If a minimal understanding of a language and culture and “trusting the Holy Spirit to work” is the bar, they will rise to that bar. But if the expectation is to get truly Worldview fluent (not market fluent) no matter the time frame, to bear the death of a spouse or child and continue, to see an indigenous N.T. church planted though it may take you 15-30 years, they CAN and WILL rise to the level of previous generations…if they have been trained with those expectations.

How a missionary is trained, how his/her expectations for the life ahead are calibrated is of vital importance. There can be no better place for young people to look for inspiration and the marks of true gospel ambassador than those who have gone ahead of us in previous generations. Hudson Taylor, Adoniram Judson, John G. Patton, William Burns, Lottie Moon, Betty Green and a host of others who gave up careers, fortunes, and families to serve the King of kings with the best of their years do not fail to inspire. I am constantly amazed how the lives of these saints bring our 20 somethings to tears as it dawns on them the sacrifice that the previous generations joyfully carried to see His name made great among the “nations”.  I thank the Lord that Nate Saint, the Apostle Paul, and Gladys Aylward still speak to us today.

Training matters. If we are to see the last of the “nations” reached it will not be without tears, bloodshed, and sacrifice. That much is clear from scripture and plain reasoning. Those in their 40’s, 50’s and older will not be able to accomplish this task; it is the next generation that will carry the message of the cross to far away lands, learn languages, build relationships and see the gospel of God’s glory brought to a new people. But if they are to make it they must be made aware of the frightening cost and, more importantly, the glory that lies with serving the King with the days of their youth. This won’t happen in 6-10 weeks of lectures. It will only come about by practice in an environment that cultivates the sacrifice that will be asked of them in the people group that God takes them too.